Chief of Defence Staff Gen Bipin Rawat on Thursday warned Pakistan to not take advantage of the situation in Ladakh, he claimed that a strategy has already been devised to deal with such a scenario. 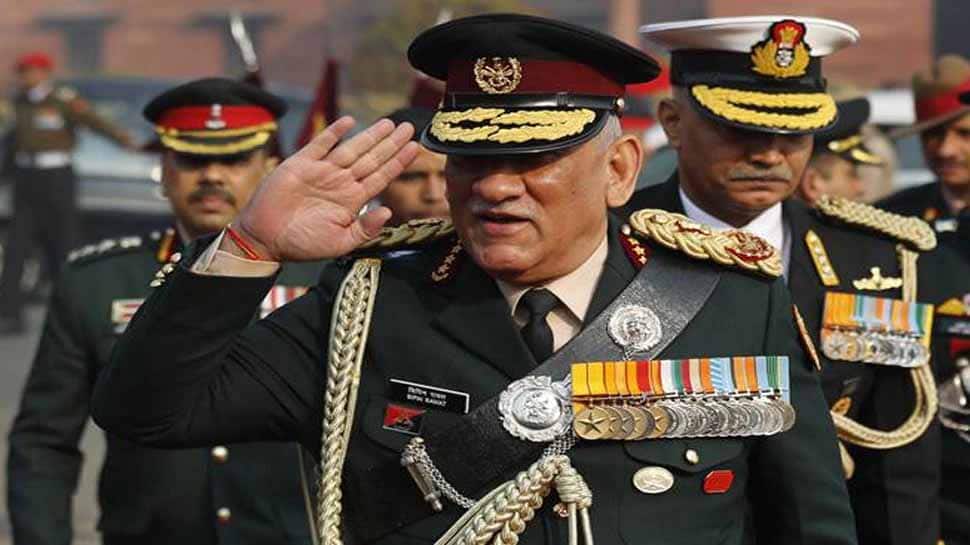 New Delhi: Amid India's border row with China, Chief of Defence Staff Gen Bipin Rawat on Thursday warned Pakistan to not take advantage of the situation in Ladakh saying Islamabad could suffer "heavy losses" for any "misadventure". He added that a strategy has already been devised to deal with such a scenario.

"If any threat develops around our northern borders, Pakistan could take advantage of that and create some trouble for us. Therefore, we have taken adequate precaution to ensure that any such misadventure by Pakistan is sorted and they are not able to succeed in their mission. In fact, they may suffer heavy losses should they attempt any misadventure," Gen Rawat said.

He made the remarks during an interactive session at the US-India Strategic Partnership Forum, he spoke about security implications of China's economic assistance to Pakistan-occupied Kashmir and the overall economic and diplomatic assistance to Islamabad.

The border row between India and China is at its peak following China unsuccessfully attempt to occupy Indian territory in the Southern Bank of Pangong lake. Indian Army manged to thwart the ChineseArmy' move and also managed to occupy several mountain peaks which had been snatched away from India in the 1962 war.

India occupied a number of strategic heights on the southern bank of Pangong lake and strengthened its presence in Finger 2 and Finger 3 areas. China has strongly objected to India's move.

Meanwhile, Army Chief General Manoj Mukund Naravane visited Ladakh on Thursday (September 3) to review the ongoing security situation along the Line of Actual Control in the region. Army sources said that during his 2-day tour of Ladakh, General Naravane will be briefed by senior field commanders on the ground situation along the LAC.