The Coast Guard has deployed its assets for Search and Rescue Operations (SAR) in case of any eventuality. 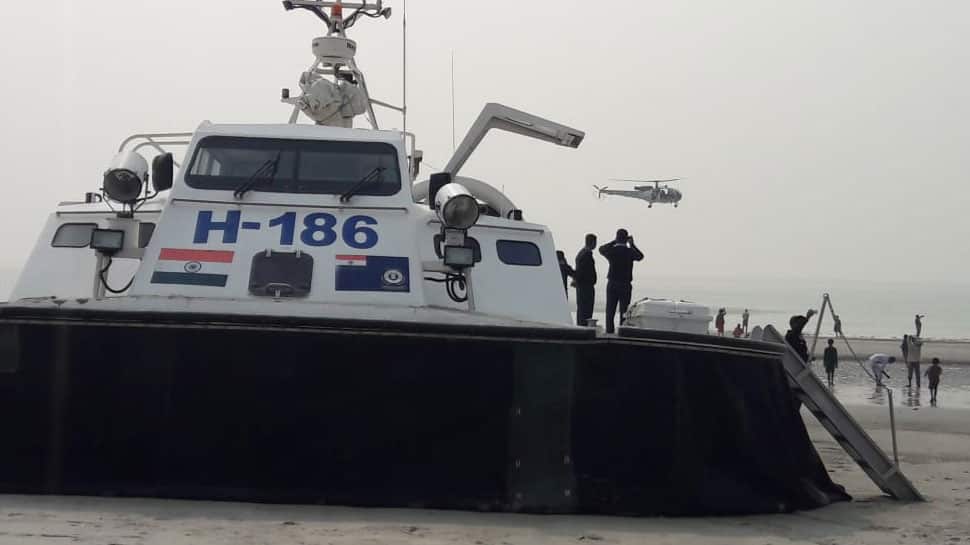 NEW DELHI: The Indian Coast Guard has drawn elaborate arrangements for the Gangasagar Mela where hundreds and thousands of devotees converge each year on the occasion of Makar Sankranti to take a holy dip at the confluence of river Ganga and the Bay of Bengal.

The Coast Guard on Monday deployed its assets for Search and Rescue Operations (SAR) in case of any eventuality.

Assets like hovercraft, fast patrol vessels, interceptor boats and speedboats have been deployed by the Coast Guard. The hovercraft, amphibious in nature will be deployed round the clock around the mela as it can land both on land and on water.

A Chetak helicopter and several Dornier aircraft have also been deployed for continuous monitoring of the situation.

This apart, rapid action teams comprising Gemini boats with divers have also been deployed during the mela to thwart off any threat.

The Coast Guard will also maintain electronic surveillance through Coastal Security Network (CSN) system. The Coast Guard operations Centre at Haldia will be in continuous contact with the Coast Guard assets deployed at sea for effective coordination with various stakeholders and state security agencies.

On the other hand, the Indian Navy has deployed a specialist team of divers at Gangasagar on the occasion of ‘makar sankranti’ for search and rescue operations in case of any eventuality. This specialist diving team will remain deployed from January 8-17, 2019 for rescue and relief operations.

This apart, NDRF and civil defence teams have also been deployed at the coast to keep a close watch on the devotees taking a holy dip at the Gangasagar Island.

The South 24 Parganas district administration has set up a round-the-clock control room to keep a close watch on the crowd in Gangasagar, Kochuberia and Outram Ghat in Kolkata. For effective monitoring of the crowds, drones are being used besides other close circuit cameras.

All these arrangements are made so that there is no stampede like the one that took place back in 2016, leaving six people dead.