The protests were being held even as a hearing over the same was underway in the Supreme Court, where the apex court asked the Solicitor General to produce letters of support used by Devendra Fadnavis in staking claim to form the government. 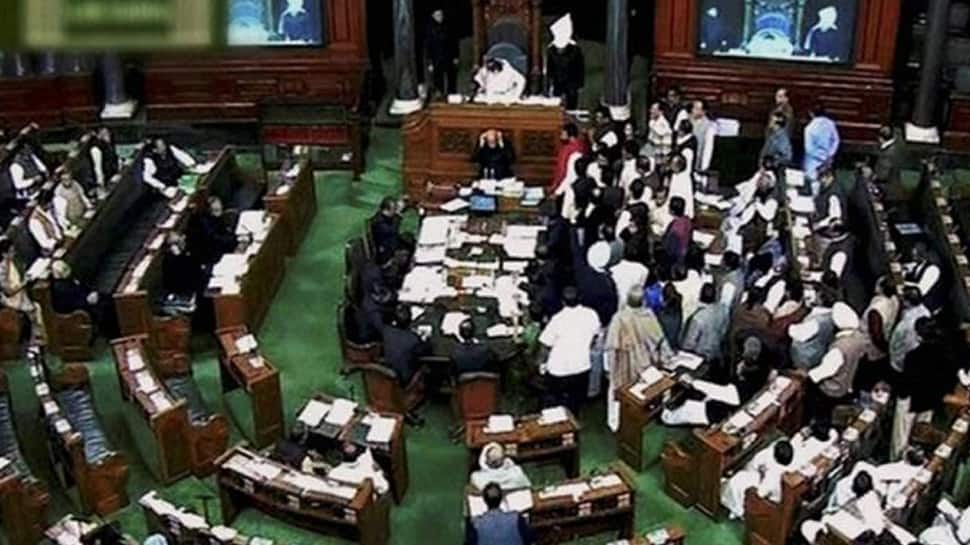 New Delhi: Two women Congress MPs on Monday accused Lok Sabha marshals of manhandling them while they were protesting against the ruling government in the Well of the House today. According to reports, the women MPs alleged that they are planning to register a complaint against the Marshals with the Lok Sabha Speaker.

As per reports, a scene of clash was witnessed between some Congress members and Lok Sabha Marshals during the Question Hour.

The Congress MPs gathered in front of the Gandhi statue and raised slogans of 'Modi government shame shame' and 'save our democracy'. Party president Sonia Gandhi also joined the protest.

Inside the House, two Congress MPs Hibi Eden and TN Pratapan showed a big banner, and other MPs also put up placards and raised slogans against the Modi government saying 'Democracy has been killed in Maharashtra'.

Speaker Om Birla named the two Congress members when they defied his request to put down the banner. As the two MPs continued their protest in the Well of the House, Speaker Birla ordered the marshals to removed them from the House. Soon, other Congress members raised their voice against the eviction of Eden and Pratapan from the House and jostled with marshals.

Congress MP Hibi Eden on reports of clash with Lok Sabha Marshals today: We had raised a very genuine issue (Maharashtra) in LS & protested in democratic manner. Unfortunately we were taken out by Marshals who tried to push us forcefully. We've filed complaint with the Speaker. pic.twitter.com/sElHCNtY9K

The protests were being held even as a hearing over the same was underway in the Supreme Court, where the apex court asked the Solicitor General to produce letters of support used by Devendra Fadnavis in staking claim to form the government.

Following the clash, the Speaker adjourned the House till 2 pm.