The remarks hold importance on the day the world is observing the `Suicide Prevention Day`. 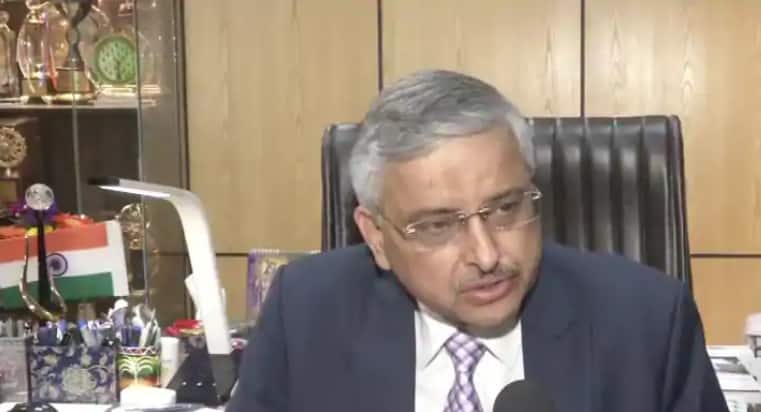 New Delhi: Director of All India Institute of Medical Sciences (AIIMS), Randeep Guleria, has said that the coronavirus pandemic, lockdown, and communicating through technology rather than physically is straining the mental health of people.

The remarks hold importance on the day the world is observing the `Suicide Prevention Day`. According to the data of the National Crime Records Bureau, a total of 1,39,123 suicides were reported in India in 2019, an increase of 3.4 per cent in comparison to 2018. According to the WHO, we lose about 8,00,000 people to suicide every year.

"Important aspect which has emerged both because of the pandemic, lockdown, and the whole issue of physical distancing and communicating through technology rather than physically, is the strain on mental health," said Guleria while addressing AIIMS`s National Grand Rounds.

He added, "The mental health issues have also become something which has affected not only those who have had Covid-19 but even sometimes the normal individuals who are sort of at home."

He said that students, old people, have now been confined to a small space and are communicating only through technology rather than physically. "So, this has also caused a lot of mental health issues."

People are experiencing increased anxiety, fear, frustration, sadness, and loneliness to a point that those feelings become constant and overwhelming or having urges to attempt suicide during this pandemic during the pandemic. Existing mental health conditions, including severe anxiety and major depression, have also worsened.

Preeti Singh, Senior Consultant Clinical Psychology and Psychotherapy at Paras Hospital in Gurugram said, "In lockdown, we have seen 300 suicide cases in India and mostly the deceased were men. They were badly hit by the pandemic because they are mostly the bread earners of the family."

She said that people suffering from mental health issues were going through terrible mood swings or anxiety disorders previously, but the symptoms deteriorated during the pandemic. "The economic and the psychological impact because of pandemic directly and during pandemic has been way beyond our imaginations."

Shweta Sharma, Consultant Clinical Psychologist at Delhi`s Columbia Asia Hospital said the reason for this rise is that many working professionals mostly complain of irregular work hours, the stress of work combined with lack of personal space as spouses are working from home.

Most of the mental health issue patients are between 25 and 40 of age, and more men than women reported the tendency, which indicates the growing level of anxiety and mental health problems in them, she said.

"About half of them do not have any history of mental illness in the past. We treat such patients with medicines, counselling, or talking therapies, such as cognitive-behavioral therapy (CBT)," added Shweta Sharma.

According to another doctor, Shuchin Bajaj, Founder and Director of Ujala Cygnus Healthcare Services in New Delhi, people are getting severely affected by their surroundings, helplessness to improve their situation and uncertainties of the future.

"We can also utilize this time to improve our relationships by conversing with your partner, having date nights, speaking about your dreams and worries. Please do not feel upset or if you feel things are going out of your hands then do not hesitate to call your friends or free helpline numbers to speak with mental health counselors or doctors," Bajaj added.