So far three FIRs have been filed against Tahir and he had been absconding for almost a week. The Crime Branch has plenty of questions to ask him about what transpired during the violence. 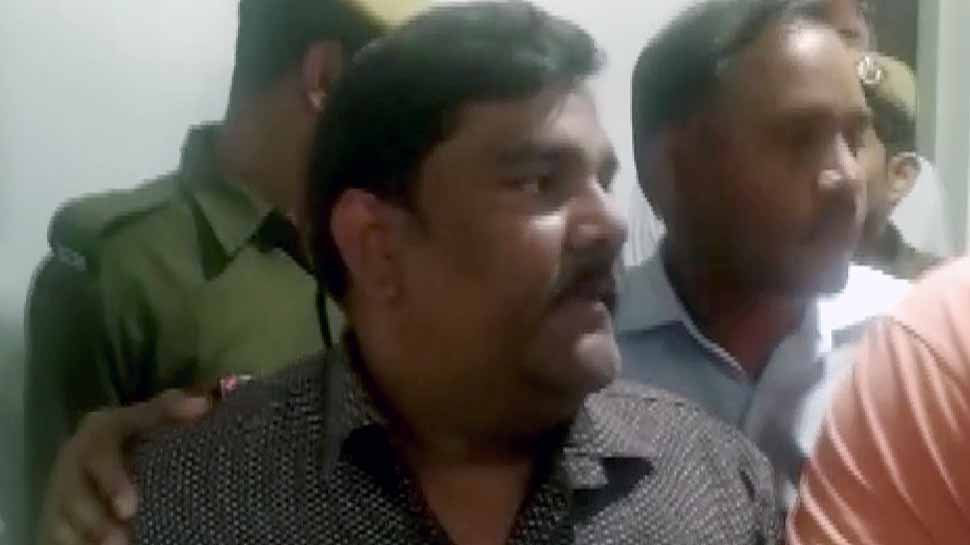 New Delhi: The suspended Aam Aadmi Party (AAP) councillor Tahir Hussain who has been accused in the murder case of Intelligence Bureau (IB) staffer Ankit Sharma, was arrested by Delhi Police on Thursday (March 5), and is as per police sources is not cooperating in the investigation.

The police will present Tahir in court later this afternoon and will ask for his custody. So far three FIRs have been filed against Tahir and he had been absconding for almost a week. The Crime Branch team is also now looking for Tahir Hussain's brother, Shah Alam.

The police have plenty of questions to ask him about what transpired during the violence. Here are some of the questions that the police want answers to ask Tahir Hussain:

2- Where did so get so many stones, petrol bombs and slingshot that were found on the roof of your house on February 24 and 25?

3- Chemical bags were also found in your home.. Where did they come from?

4- Were you present on the roof when these things were put there?

6- On February 25, when Ankit Sharma was killed.. where were you?

7- You are accused in Ankit's murder, what do you have to say to this?

8- If these stones and petrol bomb were put on your roof in your absence and when you saw these items later, did you tell the local police or complained about its presence?

9- Ankit's father alleges that you, your acquaintances Kalu, and some other persons were involved in the killing of their son Ankit.

11- Were you also part of the ongoing anti-CAA-NRC demonstration in the northeast district?

12- Where did you go after running away from the house .. Who were the people who gave you shelter?

13- Who did you talk to during your escape?

14- Who was with you during your escape?

15- Who helped you to reach the court?

Tahir Hussain was arrested by Delhi Police Crime Branch just before he was going to surrender at the Rouse Avenue Court in Delhi. He had filed an anticipatory bail petition in Delhi's Karkardooma Court in connection with an FIR in which he has been accused of killing Ankit Sharma.

Sharma's body was recovered by police from a drain in Chand Bagh area of Northeast Delhi on February 26. His father Ravinder Kumar had lodged a complaint naming Hussain as accused in the murder of his son following which Delhi Police filed an FIR.

At least 48 people were killed and over 200 injured, many of them seriously, in the riots which started following clashes between pro and anti-Citizenship Amendment Act protesters in Northeast Delhi.