“We have met all of their demands. If they have any more demands which are practical, those will also be fulfilled,” said CM Banerjee. 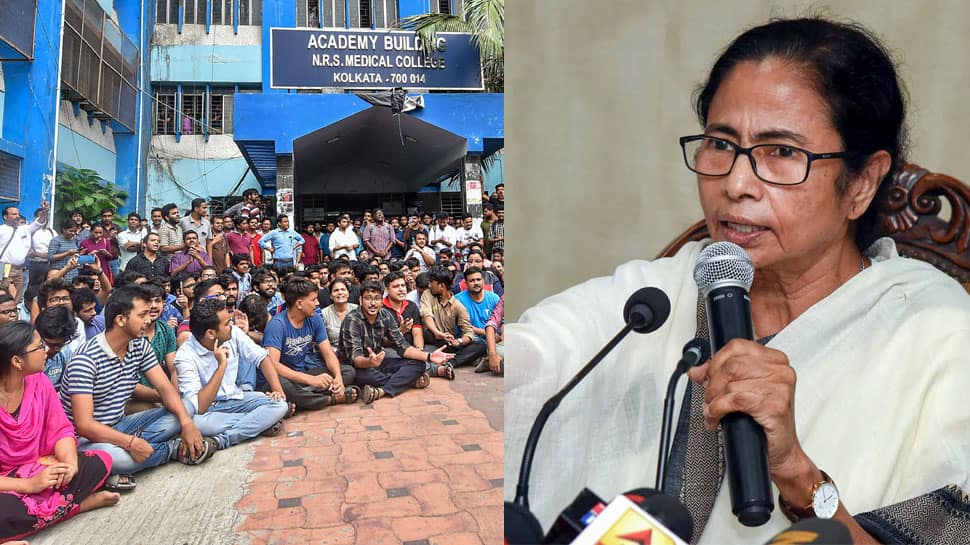 Despite the assurances by the West Bengal Chief Minister Mamata Banerjee to provide security to junior doctors on hospital campuses, junior doctors refused to end the stalemate situation on Saturday evening. CM Banerjee while addressing the media said that the demand of junior doctors of giving security on campus has been fulfilled. “We have met all of their demands. If they have any more demands which are practical, those will also be fulfilled,” she said.

The Chief Minister launched a blistering attack on the junior doctors for not coming forward to end the ongoing impasse. “Immediate action was taken. I sent my ministers, secretaries and Kolkata Police Commissioner the next day to resolve the issue. I waited for five hours on Friday, they did not turn up. Even today I waited but again they did not turn up. Infact, when I went to SSKM hospital, they pushed me and even hurled abuses at me. But I told the police to not take any action against them as they are young and they make mistakes,” she remarked.

On the other hand, she alleged that she did not invoke the Essential Services Maintenance Act (ESMA) unlike other states, some ruled by the Bharatiya Janata Party (BJP). “So many states have invoked the ESMA. I can, but won’t. I do not want young aspiring doctor’s career be marred by police cases. So I’m being patient with them and willing to allow some time,” she said.

On junior doctors demand of whether she will visit the NRS hospital or not, she said it is completely her decision whether she visits NRS or not, on the other hand, on being asked whether she is going to tender unconditional apology, she alleged that the press should apologise on her behalf.

Agitating junior doctors turned down her appeal to end their stir and resume duty, saying there was no honest effort on her part to break the deadlock. Junior doctors continued their ceasework across all hospitals in the state on Saturday on the fifth day of agitation.

"We are eagerly waiting to rejoin our duty, but from the Chief Minister's side there is no honest initiative to find a solution (of the ongoing problem)," a spokesperson of the joint forum of junior doctors told reporters after CM appealed to protestors to return to work.

The agitating junior doctors also rubbished Banerjee's claims that a few of their colleagues visited her at the state secretariat. "What CM has told in the press conference is not at all true. No junior doctor went to meet her. What she claimed that we are against the solution and conversation...But we want her to come to the Nil Ratan Sircar (NRS) Medical College and Hospital listen to us and take necessary steps to serve the ailing people," he said.

On June 10, a clash broke out at NRS Medical College and Hospital after an elderly patient died on Monday night. Relatives of deceased patient claimed medical negligence and beat up two junior doctors. One of the junior doctor, Paribaha Mukhpadhyay suffered serious injuries on his skull and is presently undergoing treatment at a city hospital. Since Monday night, junior doctors are on a strike, demanding safety from the government and police.