The State Department Tuesday said Khalilzad will lead an inter-agency delegation to India, China, Afghanistan, and Pakistan from January 8 to January 21. 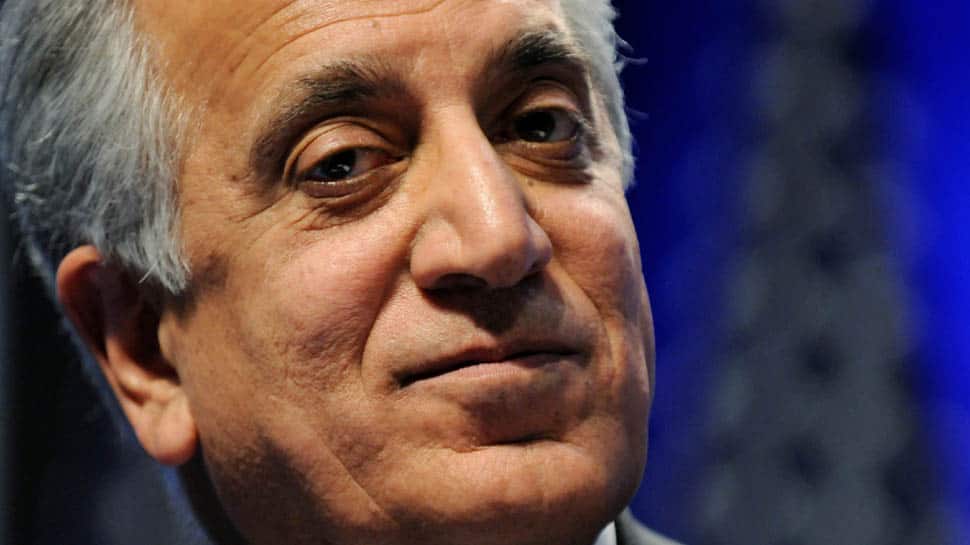 Washington: A day after US President Donald Trump and Indian Prime Minister Narendra Modi discussed efforts to enhance cooperation in war-torn Afghanistan, the former's special Afghan envoy Zalmay Khalilzad is headed for India, according to an official announcement.

The State Department Tuesday said Khalilzad will lead an inter-agency delegation to India, China, Afghanistan, and Pakistan from January 8 to January 21. However, country-specific dates of his travel were not announced.

This is Khalilzad's first trip to India after he was appointed as the Special Representative for Afghanistan Reconciliation last year. Since then he has made multiple trips to the region, without being to India.

During a telephonic conversation on Monday evening, Modi and Trump, among other things, discussed the contentious issue of the US' trade deficit with India and increasing their cooperation in war-torn Afghanistan.

Trump last week took a jibe at Modi for funding a "library" in Afghanistan, saying it is of no use in the war-torn country as he criticised India and others for not doing enough for the nation's security.

Khalilzad will meet with senior government officials in each country to facilitate an intra-Afghan political settlement, the State Department said. "The United States supports the desire of the Afghan people and the international community for a political settlement that ends the 40-year conflict and ensures Afghanistan never again serves as a platform for international terrorism," it said.

Khalilzad will meet with Afghan government officials and other interested parties to support and facilitate an inclusive peace process in Afghanistan, empowering the Afghan people to chart a shared course for their nation's future, it said.

The State Department noted that Khalilzad continues to coordinate his efforts with the Afghan President Ashraf Ghani, Chief Executive Abdullah Abdullah and other Afghan stakeholders to ensure an intra-Afghan peace process. It said the American goal is to promote dialogue among Afghans about how to end the conflict and to encourage the parties to come together at the negotiating table to reach a political settlement where every Afghan citizen enjoys equal rights and responsibilities under the rule of law.

During his last trip to the region in December, Khalilzad had reiterated that the only solution to the conflict is for all parties to sit together and reach an agreement on the political future of Afghanistan with mutual respect and acceptance, the State Department said.

Quota bill to be tabled in Rajya Sabha on Wednesday