The incident came to light after District Magistrate Devendra Kumar Pandey conducted an inspection to assess the ground situation of the state of affairs in government schools. 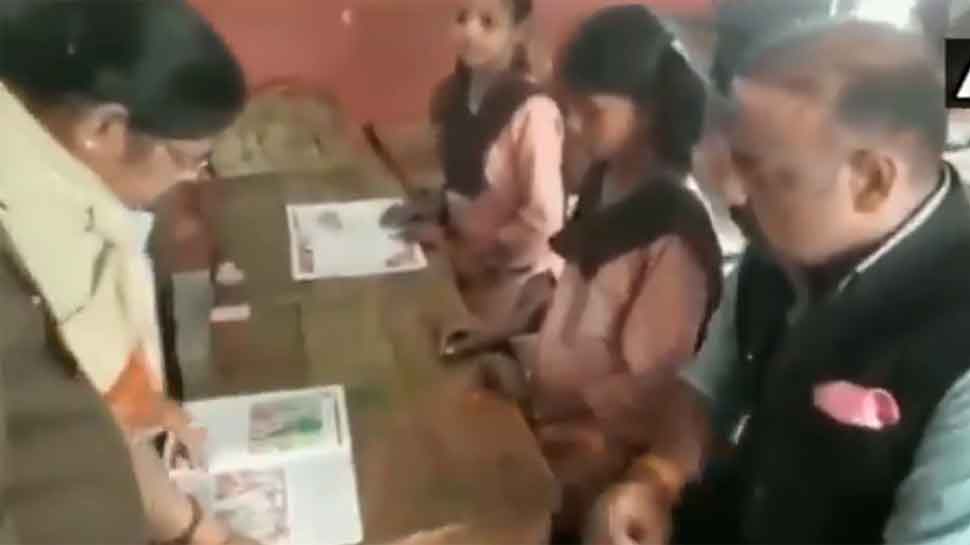 Unnao: In yet another bizarre incident that shows the poor state of the education system in India, an English teacher at a government school in Uttar Pradesh's Unnao failed to read even a few lines of English language from a book. Interestingly, the teacher teaches the very same language to the student at the government school.

The incident came to light after District Magistrate Devendra Kumar Pandey conducted an inspection to assess the ground situation of the state of affairs in government schools. During the check, when DM Devendra Kumar asked an English teacher in in Sikandarpur Sarausi to read few lines from the book, she struggled to read even a sentence properly.

#WATCH Unnao: An English teacher fails to read a few lines of the language from a book after the District Magistrate, Devendra Kumar Pandey, asked her to read during an inspection of a govt school in Sikandarpur Sarausi. (28.11) pic.twitter.com/wAVZSKCIMS

The inspection took place on November 28.

Speaking to media, Basic Shiksha Adhikari (BSA) Pradeep Kumar Pandey said, "An inspection was done by District Magistrate (DM) Devendra Kumar Pandey, and I was also part of the inspection. In classes 6 and 8 when the lessons were asked to be read in Hindi then most students were able to do that. But when the students were made to read in English then most of them failed, and even some teachers failed to do so."

"The DM asked the teachers that if they themselves could not read in English then how would they teach the students," he said, adding that whatever instructions the DM issues, will be followed.