At least three people lost their lives and several were injured in an explosion which took place while refilling an oxygen cylinder in the capital city of Uttar Pradesh on Wednesday. 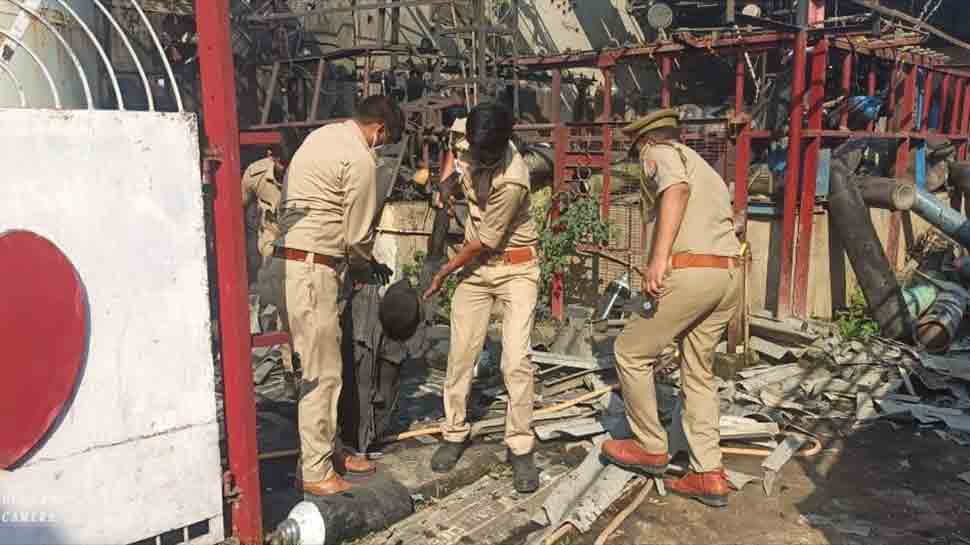 New Delhi: At least three people lost their lives and six others were injured when an oxygen cylinder exploded while it was being refilled in Chinhat area here on Wednesday (May 5), police said.  SHO of Chinhat police station Dhananjay Pandey said the incident occurred at KT oxygen plant.

"Three people have died and six others were injured in the explosion which took place while refilling an oxygen cylinder. Two injured persons are admitted at Manohar Lohia hospital while four are undergoing treatment at the trauma centre of KGMU. I have visited the explosion site, RML Hospital and KGMU trauma centre. The injured are being the best medical treatment free of cost," District Magistrate of Lucknow, Abhishek Prakash, told PTI.

A team, comprising the additional district magistrate, additional DCP, chief fire inspector and drug inspector, has been formed to probe the incident, he said.

Lucknow Police Commissioner D K Thakur, who also reached the spot, said that efforts were on to ascertain the identity of the deceased.

Uttar Pradesh Chief Minister Yogi Adityanath expressed grief over the loss of lives in the incident and directed officials to probe the reasons behind the incident.