Yogi Adityanth-led Uttar Pradesh government on Tuesday clarified that the suspicious white powder, which was found inside Vidhan Sabha was not sent Agra forensic laboratory. 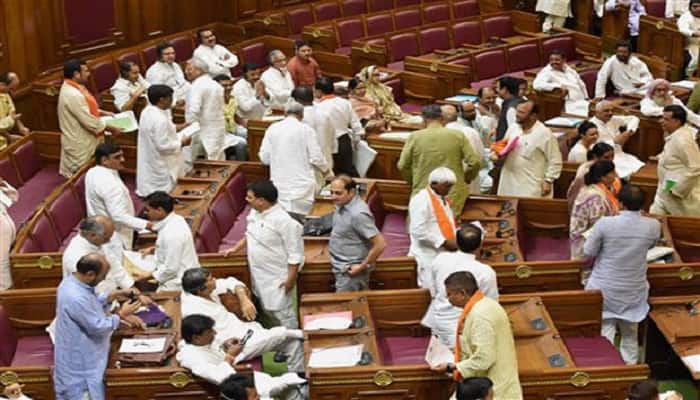 Lucknow: Yogi Adityanth-led Uttar Pradesh government on Tuesday clarified that the suspicious white powder, which was found inside Vidhan Sabha was not sent to Agra forensic laboratory.

The Principle Secretary of UP Home Department issued a statement which reads,"No sample has been sent to FSL Agra of the substance as they do not have the machines/wherewithal to conduct the requisite test. Reports have been carried in some sections of media that in tests conducted at FSL Agra the substance detected in UP Assembly hall is not PETN. The factual position is that SFSL Lucknow in its report dated 14.7.2017 has found the substance as 1-water insoluble, 2-that different reagents confirm the presence of a nitrate, and 3-that the preliminary test conducted using explosive detection kit is positive for PETN."

''Two confirmatory tests are being conducted at SFSL Lucknow namely, Infrared Spectrum and Gas Chromatography - Mass Spectrum, the report of which is still awaited and is likely to come by Thursday,'' the statement further reads.

Earlier in the day, a report in leading channel CNN-News 18 has said that the Agra-based forensic laboratory found no traces of any explosive in the substance and it might not have been the deadly explosive PETN.

Chief Minister Yogi Adityanath, while speaking in Assembly on July 12 had confirmed that the white powder found inside Vidhan Sabha was an explosive, by the name of Pentaerythritol tetranitrate (PETN).

He had also demanded National Investigative Agency (NIA) probe into the matter. "I suggest that everybody present in the Assembly should be investigated by the police and that the NIA should investigate into the matter," the CM had said.