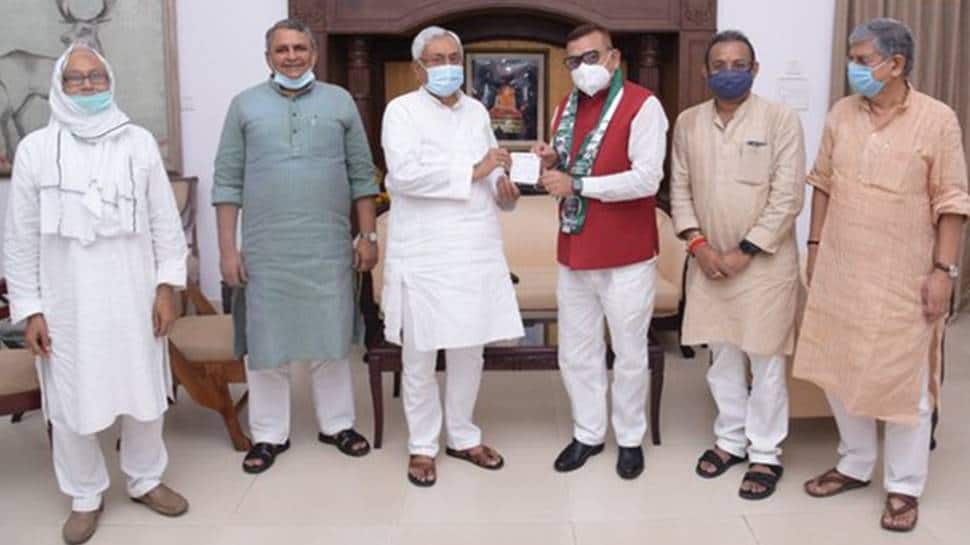 Speaking to ANI, Gupteshwar Pandey said that he asked to join the party by Nitish Kumar ehich he accepted. "I was called by CM himself and asked to join. Whatever the party asks me to do, I will do. I don't understand politics. I am a simple person who has spent his time working for the downtrodden section of society," he said.

The development comes just days after the Election Commission of India announced the dates for the upcoming Bihar assembly polls 2020.

On Saturday, the top cop, who came into limelight for his role in Bihar police's investigation to Sushant Singh Rajput's death case, had met state Chief Minister Nitish Kumar thus triggering massive speculation of him contesting in the upcoming Bihar assembly polls.

When quizzed by reporters, Pandey had reiterated that he had not taken any decision about entering the political field and claimed that he wanted to meet and convey his thanks to CM NItish Kumar. “I came here to meet CM Nitish Kumar and to thank him as he gave me absolute freedom to serve my duties as DGP,” he said.

Earlier, Gupteshwar Pandey had requested for voluntary retirement from the state police service to the state governor which had been approved. The, 1987 batch IPS officer, had then said that he has not decided about joining politics and added that he may join if the people from his hometown Buxar ask him to do so.

The former DGP has taken on the Mumbai Police and the Maharashtra government for allegedly blocking the Bihar Police's investigation into actor Sushant Singh Rajput's death. Gupteshwar Pandey had alleged that Mumbai Police was not fair in investigating the late actor's death.

The EC announced the date for the upcoming Bihar Assembly elections on Friday. The 243-member legislative assembly will be held in three phases -- the first phase on October 28, the second on November 3, and the third on November 7, while the counting of votes and results declaration will be held on November 10.