The new map, released by the Union Home Ministry, denotes the bifurcation of the erstwhile state of Jammu and Kashmir and doesn’t take account of Aksai Chin and Pakistan-Occupied Kashmir. 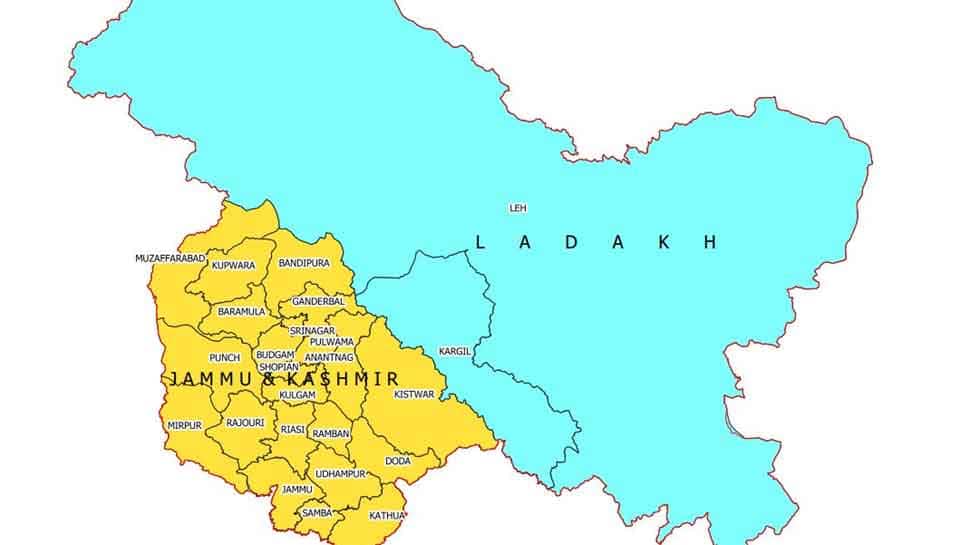 Jammu and Kashmir transitioned from a state into the Union Territories of Jammu and Kashmir, and Ladakh — nearly three months after Parliament revoked the state's special status by abrogating Article 370.

The new map, released by the Union Home Ministry, denotes the bifurcation of the erstwhile state of Jammu and Kashmir and doesn’t take account of Aksai Chin and Pakistan-Occupied Kashmir.

In the new map, Gilgit-Baltistan is shown to be part of Ladakh and PoK as part of J&K UT.

The Ladakh UT consists of two districts - Kargil and Leh - while the Jammu and Kashmir Union Territory comprises 20 districts. 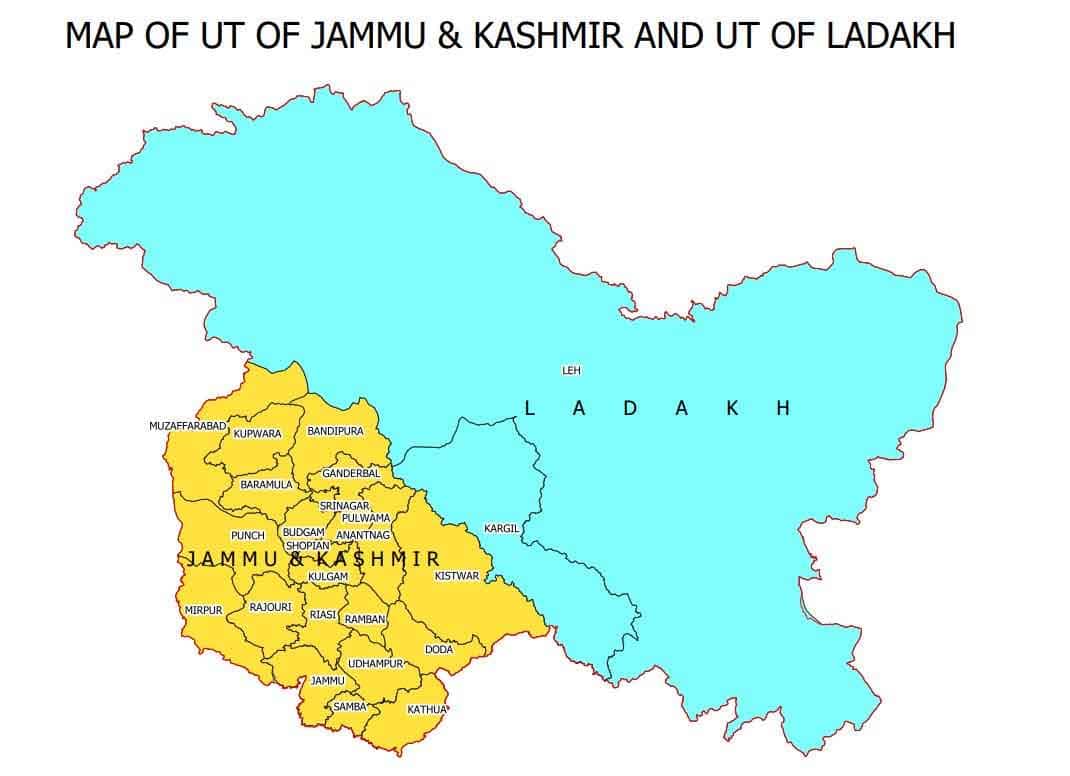 In a gazette notification, the government also enumerated the territories in Leh district as, "Gilgit, Gilgit Wazarat, Chilas, Tribal territory and Leh and Ladakh, except the present territory of Kargil."

The order was called the Jammu and Kashmir Reorganisation (Removal of Difficulties) Second Order, 2019.

The map of J&K UT comprises 20 districts, including Muzaffarabad, Mirpur and the area of Poonch which are under PoK.

On the recommendation of the Parliament, President Ram Nath Kovind effectively abrogated Article 370 from the Indian Constitution and issued the Jammu and Kashmir Reorganisation Act, 2019, in August.

On October 31, J&K ceased to exist as a state and was officially bifurcated into two UTs - Jammu and Kashmir and Ladakh.