The Gujarat ATS said in a press release that in the primary interrogation both Ashfaq and Moinuddin have accepted their involvement in the murder of Hindu Samaj Party leader Kamlesh Tiwari. 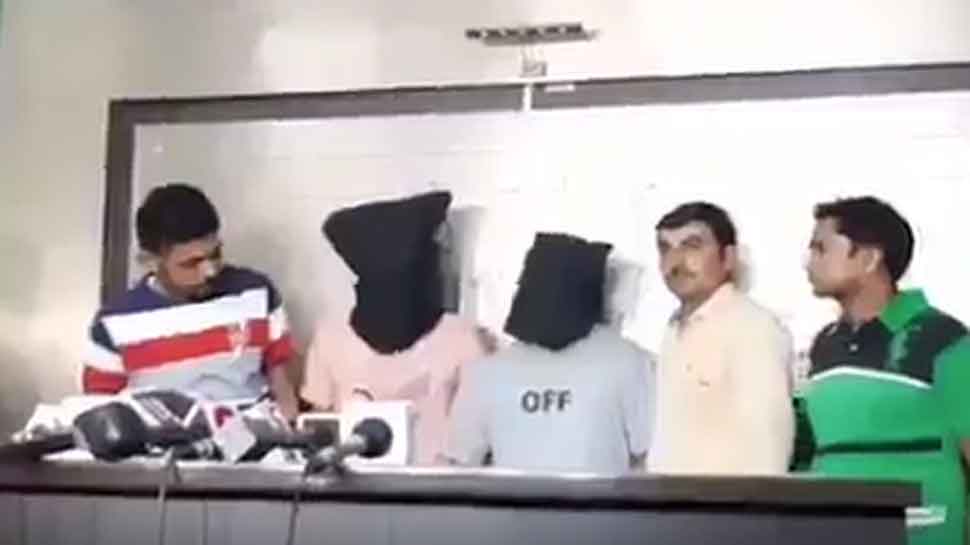 In a major development in Kamlesh Tiwari murder case, the Gujarat ATS on Tuesday arrested the two main accused in this case. The two killers identified as Ashfaq Hussain and Moinuddin were arrested from Gujarat-Rajasthan border near Shamlaji.

The Gujarat ATS said in a press release that in the primary interrogation both Ashfaq and Moinuddin have accepted their involvement in the murder of Hindu Samaj Party leader Kamlesh Tiwari. According to Gujarat ATS, the two accused had reached Shahjahanpur in Uttar Pradesh on Sunday from Nepal vefore they decided to proceed towards Gujarat.

Tiwari was killed by Ashfaq and Moinuddin on October 18 at his residence in Lucknow's Naka Hindola area. The duo fled after committing the crime but left behind vital clues including their footage in a CCTV camera.

Tha family members of Tiwari have expressed happiness over the arrest of both the accused. Talking to Zee News, Tiwari's mother said that Gujarat ATS has done a splendid job. She has demanded that both accused must be awarded capital punishment.Tiwari's son also echoed similar feelings and said that the accused must be hanged.

Both Ashfaq and Moinuddin are currently in the custody of Gujarat ATS and they will be handed over to Uttar Pradesh for further action. It is to be noted that Gujarat ATS had already arrested three persons in a joint operation with Uttar Pradesh police in connection with this case.

On Monday, Uttar Pradesh Police had announced a reward of Rs 2.50 lakh each for information leading to the arrest of the two suspected killers of Tiwari. Both Ashfaq and Moinuddin were spotted in Shahjahanpur near Lucknow on Sunday following which the Special Task Force (STF) raided the hotels and madrasas in the city.

It is to be noted that Uttar Pradesh Chief Minister Yogi Adityanath has constituted a Special Investigation Team to probe this case. On Sunday, Yogi Adityanath met the family members of Tiwari at his residence in Lucknow. Talking to media after her meeting with UP chief minister, Tiwari's wife Kiran Tiwari had said that Yogi Adityanath had assured the family that justice will be done and those involved in Tiwari's murder will not be spared. "We demanded capital punishment for the murderers. He assured us that they will be punished," she had said.

Maharastra to receive heavy rainfall in next 72 hours, predicts IMD