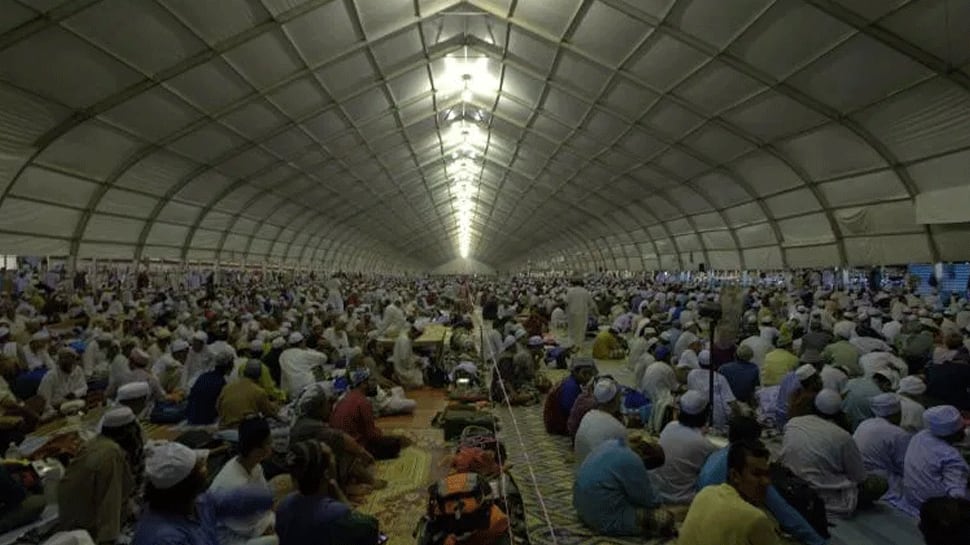 NEW DELHI: In a major decision, the Union Home Ministry on Thursday blacklisted at least 2000 foreign Tablighi Jamaat activists from traveling to India for ten years. According to the sources, the Home Ministry took the action against the foreign nationals for their alleged involvement in the activities of Tablighi Jamaat, which is headed by Maulana Saad.

It may be noted that Maulana Saad, his sons and several Tablighi Jamaat members are under scanner for defying the government order on lockdown and organising a religious congregation at the outfit's Delhi headquarters - Nizamuddin Markaz – in March this year

The religious event organised by Maulana Saad’s outfit was held responsible for the spread of coronavirus cases in Delhi. The Home Ministry had last month blacklisted and cancelled visas of at least 960 foreign Tablighi Jamaat activists for attending the Markaz event defying the government’s lockdown order.

Four Americans, nine Britishers and six Chinese nationals were among those who were blacklisted by the MHA.

Action against the foreign Tablighi Jamaat members was taken after over 2,300 activists, including 250 foreigners of the Islamic organisation, were found to be living at its headquarters located at Delhi's Nizamuddin despite the 21-day lockdown imposed to check the spread of coronavirus.

Hundreds of these Tablighi Jamaat activists had tested positive for Covid-19 and many of them were put in different quarantine centres. At least 9,000 people had participated at the congregation at the Nizamuddin Markaz in March after which many have travelled to various parts of the country for missionary works.

The Home Ministry had also directed the Delhi Police and police chiefs of other states, which these foreigners visited later, to take legal action under the Foreigners Act and the Disaster Management Act.

Most of these foreigners came to India on a tourist visa, which prohibits involvement in any religious activities. The government later decided not to issue a tourist visa to any foreigner who wishes to visit India and take part in Tablighi activities.