Senior lawyer Indira Jaising had on Friday tweeted a request asking the mother of 2012 Delhi gangrape victim to forgive the four convicts and pardon their death penalty. 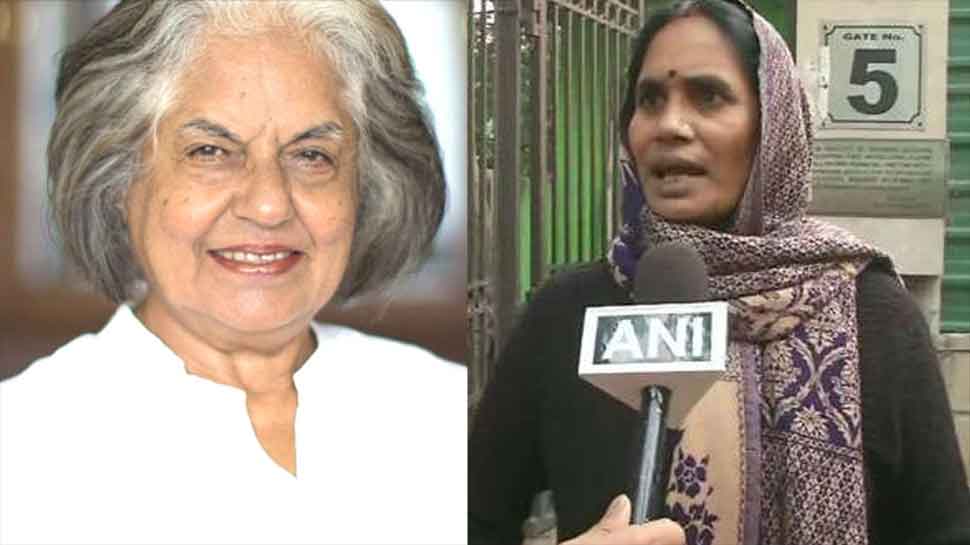 New Delhi: Senior advocate Indira Jaisingh, who asked for pardon for the four men on death row, convicted of the 2012 brutal rape and murder of a 23-year-old medical student in Delhi, on Saturday (January 18) received a sharp reply from the rape victim's mother Asha Devi.

Further expressing her shock at Jaising's audacity for asking pardon for the four convicts, Asha Devi said she couldn't believe that the senior Supreme Court advocate would even dare to suggest such a thing to her. "I met her many times over the years in Supreme Court, not once she asked for my wellbeing and today she is speaking for convicts. Such people earn their livelihood by supporting rapists, hence rape incidents don’t stop," she said.

Asha Devi: Can't believe how Indira Jaising even dared to suggest such this. I met her many times over the years in Supreme Court,not once she asked for my wellbeing& today she is speaking for convicts.Such ppl earn livelihood by supporting rapists,hence rape incidents don't stop https://t.co/Gjf02l9LT4 pic.twitter.com/Rl3sMbppl5

On January 17, Indira Jaising had given Asha Devi an example of Congress interim Sonia Gandhi, who pardoned her husband Rajiv Gandhi's killer Nalini Sriharan and asked her to forgive her daughter's rapists and pardon their death penalty. Nalini was arrested and convicted for the assassination of former Prime Minister and Congress leader Rajiv Gandhi in 1991. On the other hand, Nirbhaya was brutally raped and physically assaulted by six men in a moving bus in Delhi and later dumped on the streets almost seven years back. She succumbed to her injuries while getting treated at a hospital in Singapore.

Nirbhaya's rape and death created a nation-wide demonstrations and reckoning over sexual violence in the country.

In the meantime, a Delhi court on January 17 issued fresh death warrants against the four convicts and fixed February 1 as the day of their execution. The convicts will be hanged at 6 am, as per the court ruling. The move came after the prosecution moved an application seeking issuance of fresh death warrants following the rejection of the mercy plea of convict Mukesh by the President.

Four convicts, Vinay Sharma, Akshay Singh, Pawan Gupta and Mukesh Singh were convicted and sentenced to death for raping the 23-year-old woman in a moving bus in the national capital on the intervening night of December 16-17, 2012. While five were sentenced to death, the sixth convict was sent to correction home as he was a juvenile. Among the five, one convict Ram Singh committed suicide when he was lodged in Tihar jail.