I will work like son of the soil not as Chief Minister of Jharkhand: Hemant Soren

The JMM leader said the "BJP is also a political party, the difference between us is that they are on a national level while we are a regional political party." He added: "the formula of politics is more or less the same as far as elections are concerned." 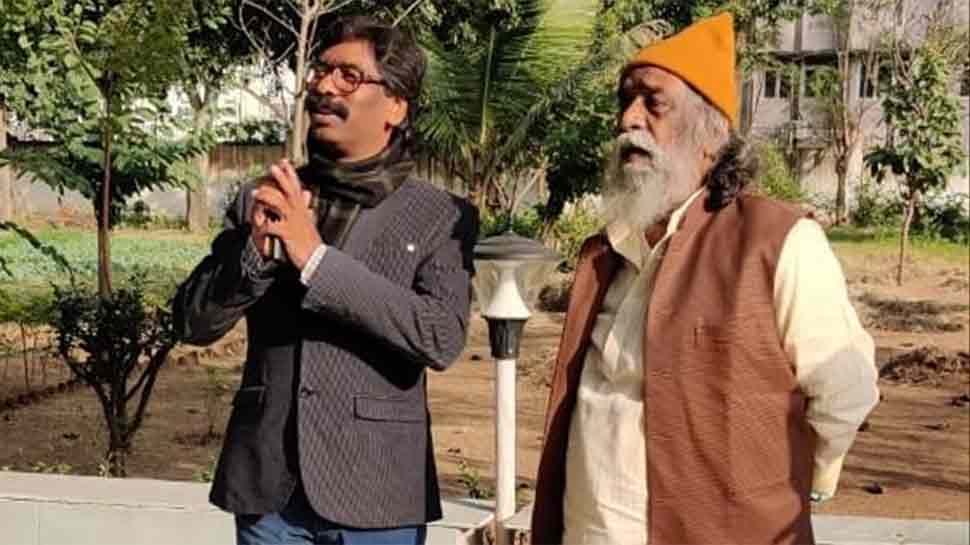 Ranchi: Jharkhand Mukti Morcha (JMM) leader Hemant Soren, who emerged as the winner from both the Dumka and Barhait constituencies, spoke to Zee News Editor-in-Chief Sudhir Choudhary and said that his party has worked hard for the past several years to get this victory. Soren said, "We were expecting this kind of victory, as we worked very hard for the past several years."

When asked about the JMM's meticulous planning ahead of this assembly election, the JMM leader said the "BJP is also a political party, the difference between us is that they are on a national level while we are a regional political party." He added: "the formula of politics is more or less the same as far as elections are concerned."

When reminded that five years ago on this day he had lost the chief minister's seat, but once again has got the opportunity to head the state, Hemant Soren said, "I don't remember it, but came to know through media only. I have worked 24X7 in politics, but it certainly gives happiness to know this."

Talking about his party's strategy to take on the BJP, he said "We were aware of their political plan and worked accordingly to deal with them. We knew what issues they are going to raise. We also were aware of their weaknesses, therefore, worked on that to give them a befitting reply."

"People have given a very clear mandate, I am thankful to them," he said, adding "We are very common people. I will work like a son of the soil not as a Chief Minister of the state."

Earlier anticipating a thumping win, Soren had thanked the voters for the mandate given to the alliance and said that this win marks a milestone in the state`s history.

Addressing a press conference in Ranchi, he said, "The trends of the election results suggest that the voters of Jharkhand have given a clear mandate for which I am very thankful to the voters," adding "I am thankful to the people of Jharkhand for the mandate. Today`s victory is full of happiness for many but for me, it is also the day to take a vow to fulfill the expectations of the public."