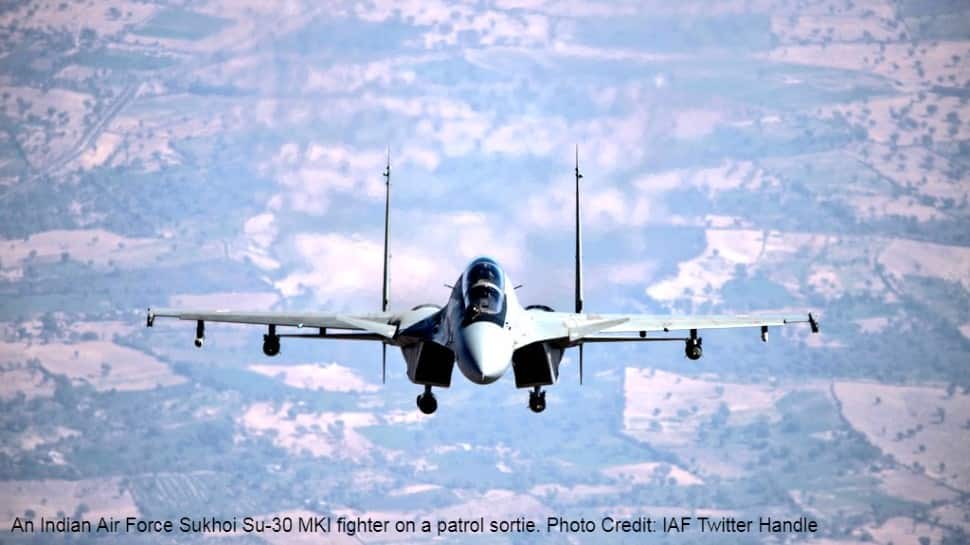 Indian Air Force (IAF) is planning to upgrade the avionics and weapons systems of its frontline fighter Sukhoi Su-30 MKI aircraft with Russian help to make the jets more lethal. IAF chief Air Chief Marshal Birender Singh Dhanoa, who was in Russia from July 9 to 12, expressed satisfaction with the modernisation and upgrade of the MiG-21, MiG-27 and MiG-29 fighters with Russia's help and is now keen to acquire the best avionics and weapons systems for the over 250 Su-30 MKIs in the air force's fleet.

Speaking to Russian Ministry of Defence's official newspaper Krasnaya Zvezda, Air Chief Marshal Dhanoa said, "We are very pleased with the programme to upgrade the MiG-21, MiG-27 and MiG-29. Now they have more modern weapons systems and avionics. In recent exercises, we used them and were very pleased with the results. Therefore, we are now considering the possibility of upgrading the Su-30, which we have been operating for about 20 years. Accordingly, their avionics and weapons systems also require modernisation. We have requested from the Russian side proposals for modernisation in accordance with current needs."

Russia has been the largest supplier of defence hardware and military equipment to India and the IAF chief said that the two countries can join hands for the production of components and spare parts in India. "Using the example of the Su-30, I can say that Hindustan Aeronautics Limited is already producing the Su-30MKI under the original licence. With them, we signed a contract for aftersales service of the Su-30MKI aircraft. For its part, HAL has a contract with Russian companies, and most of the equipment for the Su-30 is now manufactured in India. The other most common type of aircraft in India is the Mi-17, both in the military and in the civilian sector. At the same time, with the support of Russian companies, we have modernised several military hardware, including the MiG-29, and are open to discussing the possibilities of their participation in the production of components and spare parts in India. In our opinion, this will significantly reduce time costs and compact the production cycle."

Calling the S-400 Triumf air defence missile system a gamechanger, Air Chief Marshal Dhanoa said, "Regarding the contract for the supply of the Russian S-400 complex to India, I can say the same thing: it changes the game. This refers to the contract for the supply of complexes of the latest anti-aircraft missile systems, which was signed last year (2018). They significantly improve the operational capabilities of our air force and air defence. This is a very significant moment for me, since I myself had once studied at the Pechora anti-aircraft missile system. Therefore, it was a great event for me to see the latest S-400 and compare it with the air defence system that I used initially."

The IAF chief also said his four-day visit to Russia where he met several top military officers was very fruitful. "It was a very eventful visit, which gave us a wealth of experience. At the invitation of the Russian side, we arrived in Moscow, where we held talks with the Chief of the General Staff of the Russian Armed Forces, Army General Valery Gerasimov, Deputy Commander-in-Chief of the Aerospace Force, Lieutenant General Sergei Dronov, and Commander-in-Chief of the Navy Admiral Nikolai Evmenov."

"We familiarised ourselves with the order of training at the Zhukovsky and Gagarin Air Force Academy, assessed the potential for training specialists in weapons systems that we use. During the visit, I also had a unique opportunity to make an introductory flight on the Yak-130 training aircraft," added ACM Dhanoa.

While he flew in the Yak-130, which is used by the Russian Air Force to train its pilots, and praised its features and capabilities, he ruled out considering the plane for the IAF in the immediate future. "This is a very good new aircraft with excellent visibility from the cockpit and advanced avionics. With the help of screens in the cockpit, as I was told, it is possible to simulate the combat use of different types of aircraft, almost any fighter. On personal experience, I appreciated his manoeuvrability, completing aerobatics with the Russian pilot.  But at the moment we have not considered the possibility of acquiring it for the Indian Air Force. We currently use two types of training aircraft for training pilots: PC-7 and HJT-16 (Kiran). HAL is in the process of developing the production of HTT-40 and HJT-36 training aircraft. But if we have such a need, then the Yak-130 is a very good option, which we can consider in perspective."