Idea of ​​India comes from its people, not borders: Anurag Kashyap

Praising the people he said, "Your strength and love has spread to the entire country. Every city is coming up with several Shaheen Baghs." 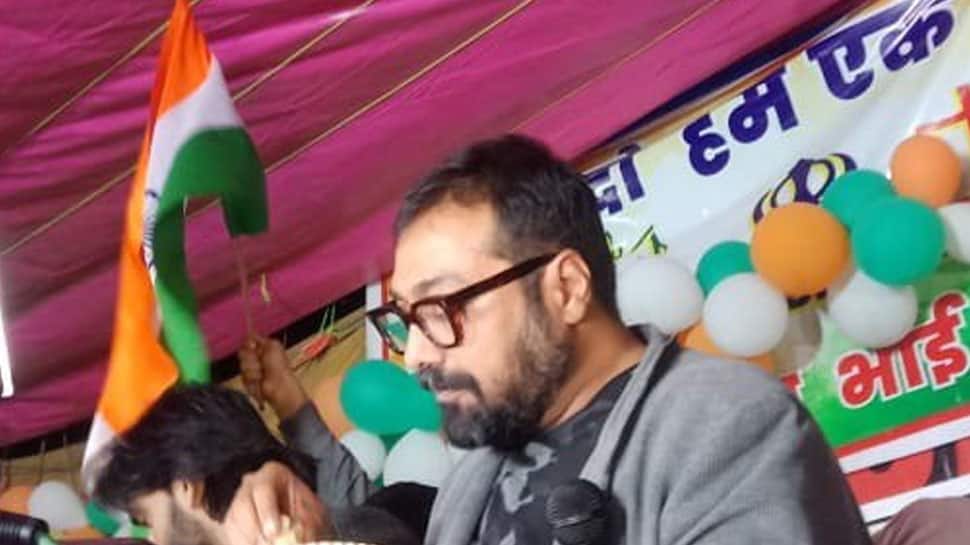 Film director Anurag Kashyap on Friday asserted that the idea of India comes from its people and not borders while expressing his solidarity with the students of Jamia Millia Islamia (JMI) in the national capital who are protesting against the Citizenship Amendment Act (CAA) and National Register of Citizens (NRC).

Praising the people he said, "Your strength and love has spread to the entire country. Every city is coming up with several Shaheen Baghs."

Speaking on the PM, the film director said that the PM doesn't listen to the people outside but he will have to come out to listen to the protests of the people. He further accused the PM of being afraid to talk, adding that the law which is drafted in the Parliament has been made in their homes.

Kashyap also accused the government of being uneducated, adding that the minister make statements on the instigation of the government.

Training his guns at Shah, he said, "The Home Minister is there for our safety but we are most unsafe from him." He added, "If I don't respect you, then how can I show respect? Earlier grandmothers used to scare us by saying 'go to sleep or else Gabbar will come'. Now people take the name of Home Minister to scare us."

He said, "Earlier I used to disagree with the government. There was a time when I had left the country. There was an attack on Jami in December 2019. These people instigate you. They place their own people amidst you in the crowd and fan violence. They don't understand the language of love. I don't trust what they say."