Incumbent upon judges to exercise discretion in their utterances in courtrooms: President Ram Nath Kovind

Addressing the valedictory function of the Constitution Day programme organised by the Supreme Cour on Saturday, President Kovind expressed happiness as he noted that the Indian judiciary has been adhering to the highest standards. 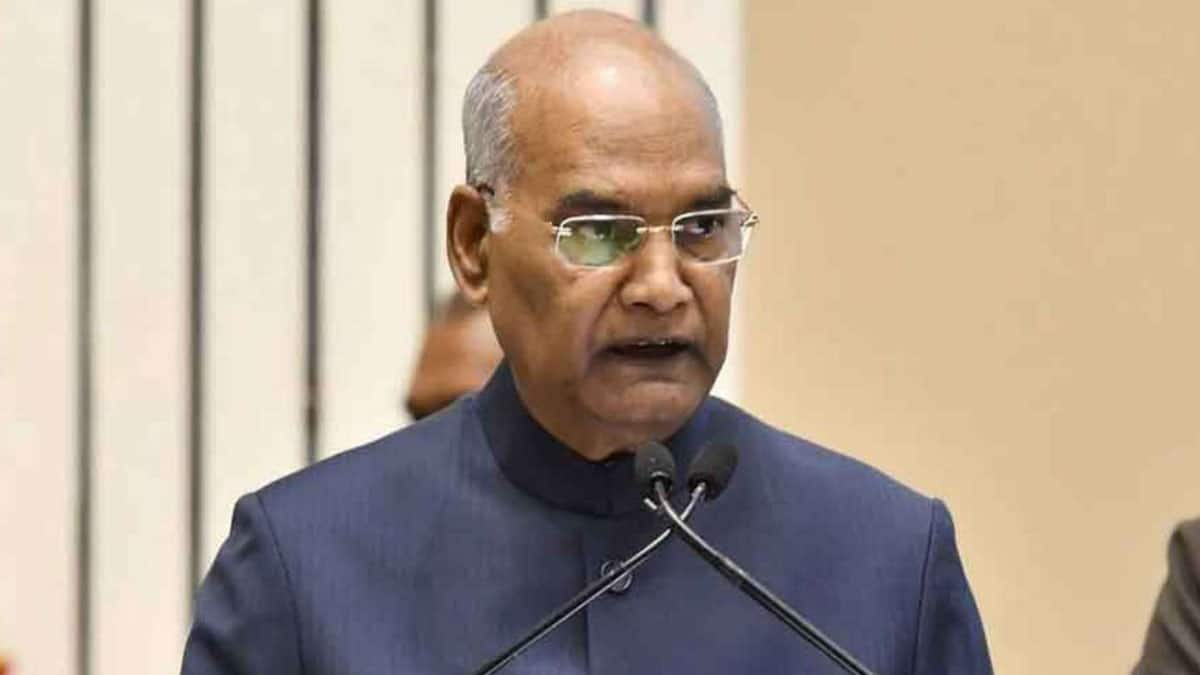 New Delhi: President Ram Nath Kovind has cautioned that it is incumbent upon the judges to exercise utmost discretion in their utterances inside courtrooms, as indiscreet remarks, even if made with good intention, can give space for dubious interpretations to run down the judiciary.

Addressing the valedictory function of the Constitution Day programme organised by the Supreme Cour on Saturday, President Kovind expressed happiness as he noted that the Indian judiciary has been adhering to the highest standards.

"There is no doubt that you have set for yourself a high bar. Hence, it is also incumbent upon the judges to exercise utmost discretion in their utterances in courtrooms. Indiscreet remarks, even if made with good intention, can give space for dubious interpretations to run down the judiciary," he said.

Citing Indian tradition, he emphasised that judges are imagined as a model of rectitude and detachment, more akin to ‘sthitpragya’ (a person of steady wisdom).

The President said that India has a rich history of legions of such judges who were known for their utterances full of sagacity and conduct beyond reproach, which have become hallmarks for the future generations.

He said justice is the critical fulcrum around which a democracy revolves, and it gets further strengthened if the three institutions of the state - judiciary, legislature and executive - are in a harmonious existence.

"In the Constitution, each institution has its defined space within which it functions. Except for a brief phase of aberration (Emergency period), the journey of our Republic has been glorious," he added.

The President also quoted Justice Felix Frankfurter of the US Supreme Court in the `Dennis vs United States` case.

Justice Frankfurter had said that courts are not representative bodies and are not designed to be a good reflection of a democratic society, and their essential quality is detachment founded on independence.

The President, citing the US judge, further added that history teaches that independence of judiciary is jeopardised when courts become embroiled in the passions of the day, and assume primary responsibility in choosing between competing political, economic and social pressure.

Expressing his unhappiness at the remarks made against judges on social media, the President said, "It pains me to no end... There have been cases of some disparaging remarks against the judiciary made on social media platforms. These platforms have worked wonderfully to democratise information, yet they have a dark side too. The anonymity granted by them is exploited by some miscreants. I hope this is an aberration, and it will be short-lived."

On the aspect of appointment of judges, Kovind said he was of the firm view that the independence of the judiciary is non-negotiable. However, he asked, "Without diluting it to the slightest degree, can a better way be found to select judges for the higher judiciary?"

The President said there can be an all-India judicial service that can select, nurture and promote the right talent, right from the lower levels to the higher levels. He further added that the idea is not new and has been around for more than half a century without being tested.