Chinese Ambassador to India, Sun Weidong has said that relations between New Delhi and Beijing go beyond the "bilateral scope, and have important and far-reaching strategic significance." 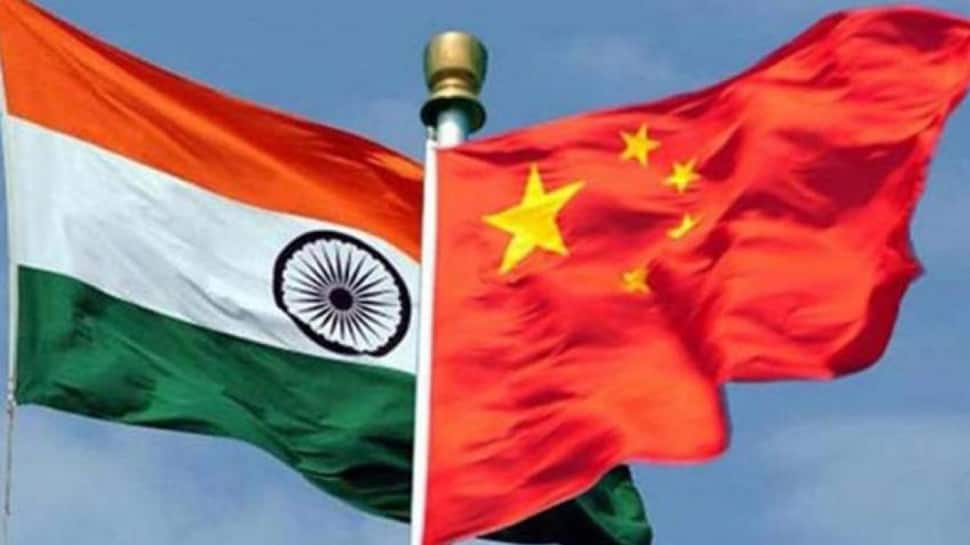 New Delhi: Chinese Ambassador to India, Sun Weidong has said that relations between New Delhi and Beijing go beyond the "bilateral scope, and have important and far-reaching strategic significance."

Speaking exclusively to ANI over the recently concluded two-day informal summit between Prime Minister Narendra Modi and Chinese President Xi Jinping in South India, Sun said, "The visit marked the 17th meeting between President Xi and Prime Minister Modi in the past five years. The two leaders took their time in a stroll while discussing world affairs, and had in-depth communication on the development of bilateral relations as well as overall strategic issues with international and regional significance."'

"China-India relations go beyond the bilateral scope and have important and far-reaching strategic significance. The two sides should have timely communication on major issues, respect each other`s core interests, gradually seek mutual understanding, and prevent differences from evolving into disputes," the ambassador remarked on the consensus reached between the two sides during the meeting and how would it impact the future development of India-China relations.

The envoy said that the two leaders traced the origins of the mutual learning between Chinese and Indian civilizations and conceived a blueprint for bilateral people-to-people and cultural exchanges and dialogue. In the face of rising unilateralism and protectionism, the two sides agreed to strengthen coordination within the framework of multilateral mechanisms such as the G20, BRICS, Shanghai Cooperation Organization, China, Russia and India cooperation etc, uphold multilateralism and the multilateral trading system, and promote the conclusion of open and inclusive trade arrangements, he added.

The envoy also gave other details of the informal meet. Given below are certain excerpts from the interview:

Q: India`s huge trade deficit with China has always been a major concern. What are the guiding views of the leaders of the two countries on this issue? A: During this informal meeting, the leaders of the two countries had an extensive communication on the topics of practical economic cooperation, including the common vision and goals of each country`s economic development and the alignment of their development strategies. Both sides agreed to establish a high-level economic and trade dialogue mechanism to strengthen bilateral trade and investment cooperation and better promote the balanced development of bilateral economic and trade cooperation. The two sides also agreed to work together to conclude negotiations on a mutually beneficial and balanced Regional Comprehensive Economic Partnership as soon as possible.

Q: What impact do you think this meeting will have on the international and regional landscape? A: China and India shoulder increasingly important responsibilities in maintaining global stability and promoting development. In the 21st century, world peace cannot be achieved without cooperation between the two countries. Both sides are committed to building an inclusive international order based on international law, including in advancing reforms that reflect the new international landscape of the 21st century. Both countries also believe that at a time when global trade practices and norms are being challenged, the multilateral rules-based trading system should be supported and strengthened, and efforts should be made to continue to promote open and inclusive trade arrangements that benefit all countries. China and India have made important efforts in addressing global development challenges, including climate change and achieving sustainable development goals. Both are committed to combating terrorism in all its forms and call on all countries to strengthen international cooperation in fighting terrorism. President Xi had further stressed that he sincerely looked forward to good relations between China and India, China and Pakistan as well as India and Pakistan. He proposed that China and India play a leading role in regional inter-connectivity and work to build a more open connectivity network.

Q: There are still some differences in China-India relations, including the boundary question. How should the two sides handle these differences? A: China has always believed that the two sides should correctly view their differences, and never let the differences dim the overall situation of bilateral cooperation. At the same time, the two countries should gradually seek understanding through communication and constantly resolve their differences. During their informal summit, the two leaders had exchanged views on pending issues including borders. They welcomed the work done by the Special Representatives and instructed them to continue their efforts to seek a mutually agreed framework based on the political parameters and guiding principles for the settlement of the China-India boundary question reached in 2005.

Q: Being China`s ambassador to India, you participated in the whole process of the informal meeting between the two leaders. What are your impressions? A: Being a Chinese ambassador to India, I am honoured to be a part of the Chennai informal meeting. I am deeply impressed by the importance is given and thoughtful arrangements made by the Indian side too during the two-day meeting. First, the two leaders had an in-depth discussion over a long period of time in various forms. President Xi and Prime Minister Modi spent most of their meeting discussing one-on-one exchanges, including mutual learning over civilizations of the two countries, witnessing the splendid cultural performances under the deep starry sky, and enjoying tea together at the seaside. Prime Minister Modi had accompanied the visiting dignitary during the guided tour of Arjuna`s Penance, Panch Rathas, Shore Temple and other monuments in the coastal town of Mamallapuram. The time the two leaders spent together discussing and exchanging ideas was longer than expected. They talked freely without setting a specific agenda, which enhanced their friendship and mutual trust. The ever-growing friendly sentiments between the Chinese and Indian people were also impressive. People in Chennai welcomed President Xi by singing and dancing in their traditional attire. Some of them walked on stilts and waved the Chinese national flag.

In his concluding remarks, the envoy stated that the two sides further agreed to make the "Year of China-India Cultural and People-to-People Exchange" in 2020 a success and hold 70 activities to celebrate the 70th anniversary of China-India diplomatic relations. The Fujian province in south-eastern China will enter into sister province with Tamil Nadu in southern India. The two sides will explore the feasibility of historical and cultural studies on these two places and research on maritime exchanges between China and India, he said.