"Today we are making vaccines not just for our country but are also ready to give it to the world. In the coming 3 to 4 days, India will make a record of 100 crore vaccinations," Nadda said. 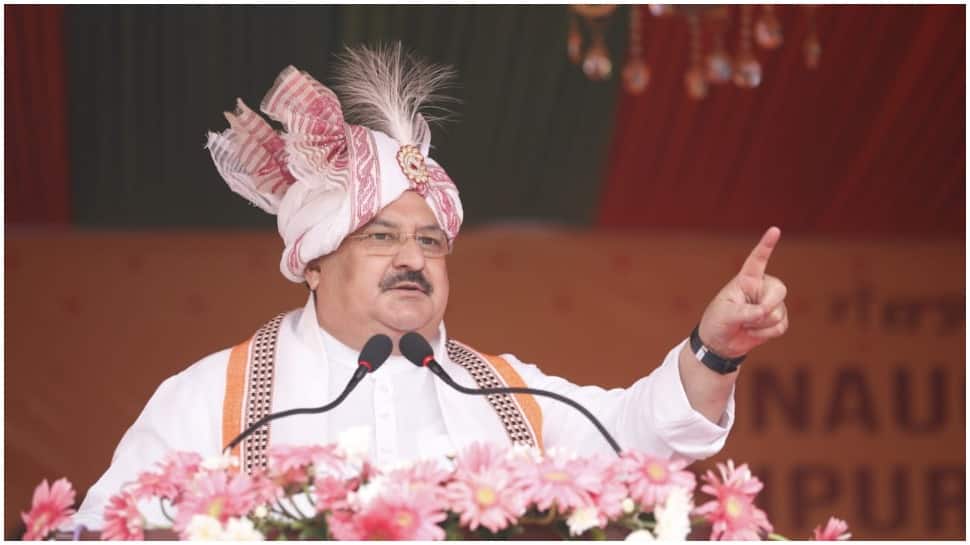 Imphal: Bharatiya Janata Party (BJP) national president JP Nadda on Sunday (October 10) highlighted the fact that today India is not only manufacturing vaccines for domestic consumption but is also preparing to export them to the world. Nadda, who was in Imphal on Sunday (October 10) to inaugurate Manipur BJP`s new state party office, lauded India`s vaccination drive and said that in the next 3 to 4 days, India would have inoculated 100 crores of its population.

"Today we are making vaccines not just for our country but are also ready to give it to the world. In the coming 3 to 4 days, India will make a record of 100 crore vaccinations," Nadda said. He slammed opposition parties for their earlier claims that there were no vaccines left in India.

"The opposition used to allege earlier that there is no Covid vaccine left in India," he added. Praising the importance of Imphal in the freedom movement led by Subhash Chandra Bose`s Azad Hind Fauj, the BJP president claimed that now under the leadership of Prime Minister Narendra Modi, Imphal will become the gateway of development.

"This place was the gateway of independence. The first flag of Azad Hind Fauj was hoisted here and now it is the gateway of development under the leadership of Modi ji," Nadda said in his address. On the occasion of the launch of the state BJP`s new office, Nadda also mentioned the growth of the party in the northeastern state."

Our first MLA was elected here in 1995. In 2002 we had 4 MLAs. In 2006 no. went up to 6 MLAs... We are happy today that now we have 24 MLAs here," the BJP national president said. Before addressing the gathering JP Nadda offered prayers at the Shri Govindji Temple in Manipur`s Imphal on the second day of his visit to the state.