Till the time the silt content in the Sutlej river at Nathpa Jhakri dam doesn't go below 5000 ppm, electricity production will remain suspended, the authorities say.

Shimla: Rising silt level in Sutlej's tributary Bhaba Khad river has forced the authorities to suspend electricity production in the country's biggest underground hydroelectric project in Himachal Pradesh on Sunday. Along with the 1500 MW project, operations in the 412 MW Rampur Project in the hill state's Shimla district have also been suspended after silt level increased in the river owing to excessive rainfall in the past few days.

According to authorities, the amount of silt in Sutlej river has crossed 8000 parts per million (ppm) in the Nathpa Jhakri dam in Kinnaur district.

"The silt content in the Sutlej river system which constitutes of its tributaries has gone up by a huge margin. The situation is especially grave in the Bhaba Khad river. The machines for electricity production will remain shut from 9.30 am on Sunday. At the moment, the tunnel gates in the dam are being closed," he added. 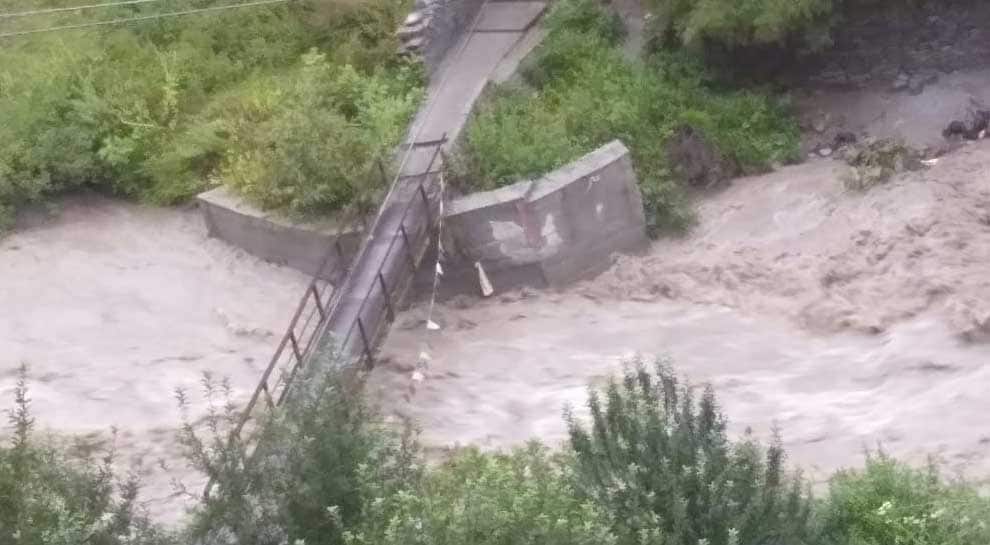 The hill state of Himachal Pradesh has been experiencing moderate to heavy rainfall since Saturday, causing landslides in some areas and blocking the highways, while all the major rivers and their tributaries are in spate.

While the Kangra town recorded the highest rainfall in the state at 118 mm, it was 115 mm in Dharamsala, 84 mm in Dalhousie and 64 mm in Palampur. State capital Shimla received 40 mm rain. Incessant rains have also caused massive landslides on national highways in Shimla, Kinnaur, Mandi and Kullu districts, hampering vehicular traffic.

The water level in the major rivers of the state - the Satluj, Beas and Yamuna - which enter the neighbouring states of Punjab and Haryana has also increased, a government official said.

As many as 18 people have lost their lives in the past 24 hours due to heavy rainfall in Himachal Pradesh, Chief Minister Jairam Thakur said on Sunday.

"At least 18 people have died in the past 24 hours due to massive rains in Himachal Pradesh. It is very sad news. I have directed all the district collectors in the state to keep a close watch on the situation" Thakur said in a tweet.

An official of the local Met office has said that there are chances of heavy to very heavy rainfall in some places in the state till Sunday.