FS Shringla said India will continue to work towards the reformed United Nations during its stint as a non-permanent member of the UN Security Council. 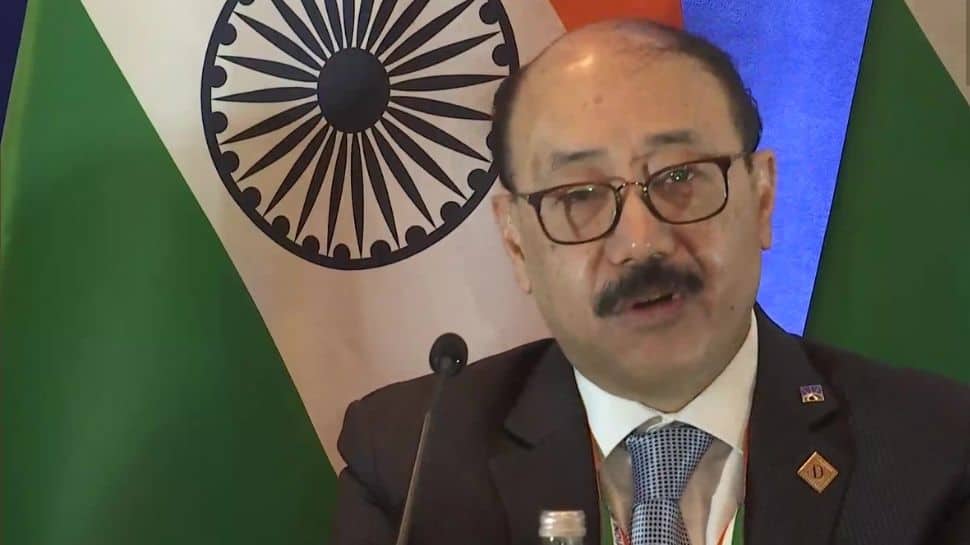 New York: Foreign Secretary Harsh Vardhan Shringla on Saturday (September 25) said reform of the UN Security Council and a permanent seat at the horseshoe table remains India's top priority, and under General Assembly President Abdulla Shahid there would be a thrust to the inter-governmental process and movement toward text-based negotiations.

Speaking at a press conference after Prime Minister Narendra Modi's address to the 76th session of the UN General Assembly. Shringla said India will continue to work towards the reformed United Nations during its stint as a non-permanent member of the UN Security Council.

"The United Nations continues to be a body that represents the interests of countries from all over the world and its membership. In many cases, we have seen that the UN has not lived up to its commitments, whether it is in the area of international peace and security, whether it's in the area of healthcare, epidemics and pandemics and there is obviously a need to look at how we can reform the UN in general and UN Security Council in particular," Shringla said, adding that reformed multilateralism has been India's main theme.

"A permanent seat, as well as reform of the UN Security Council remains India's top priority. There is the sense that under the new President of the General Assembly, there would be a thrust to the inter-governmental process, and we will move toward text-based negotiations which we have been talking about with concrete outcomes in a fixed timeframe,” he said.

Shringla added India has a very large measure of support for its candidacy from many countries, who share India's sentiments.

US President Joe Biden did mention that India should have a permanent seat in the UN Security Council and that is reflected in the India-US joint statement.

Shringla said that this is a view held by not just the US but other Quad partners and many other countries.

In the UNGA address, Portugal also supported India for the permanent seat in the UN Security Council.

“We believe that India's 75th anniversary coincides with the 75th anniversary of the United Nations. This is the time that the UN should fulfill its long standing obligations to reform for the benefit of the global community."

In response to a question on rules-based order, Shringla said this topic was a recurring theme.

“And in that context, the right to freedom of navigation, use of global commons, international order is definitely there. This is a general sentiment, a general principle and not directed to any country in particular. We believe in principles, we believe in values, and we believe that the Quad as a group must work with its Indo-Pacific partners, with ASEAN at its centrality, to achieve those objectives," he said.

UP: Man held for killing 5 of his family within 20 years to grab ancestral land