The JDS leader said that he was uncertain about how long the coalition government would last in the southern state. 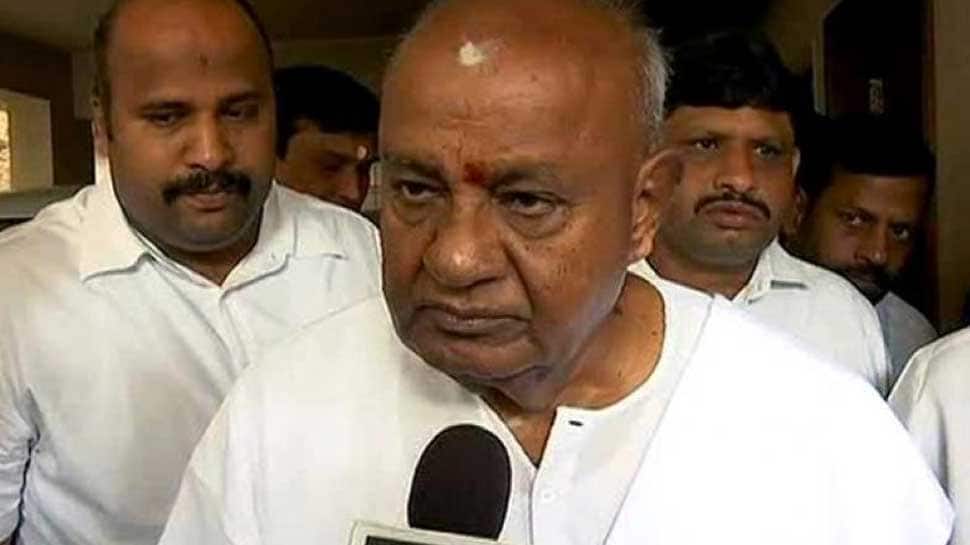 Bengaluru: Janata Dal (Secular) patriarch and former prime minister HD Deve Gowda has said that mid-term polls are imminent in Karnataka as he accused the Congress party of creating undue pressure on the coalition government in the state.

"They (Congress) said they will support us for five years, but their behaviour hasn't been in line with this promise. Our people are smart. They are watching them (Congress)," Deve Gowda said on Friday.

Former PM & JDS leader HD Deve Gowda in Bengaluru: There is no doubt that there will be mid-term polls. They said they will support us for 5 years but look at their behaviour now. Our people are smart. #Karnataka pic.twitter.com/OjGsy2lKYW

The JDS veteran went on to say that he was uncertain about how long the coalition government would last in the southern state.

"I am not sure how long the coalition government will last. Going by the developments, in the past two months, mid-terms polls seem imminent. People can understand everything...let me see how things pan out," he said.

The surprising remarks from the former Prime Minister came amid reports of widening differences between the coalition partners - Janata Dal (Secular) and Congress - in Karnataka.

Speaking on the Congress party's defeat in the recently concluded Lok Sabha polls, Gowda said that it seemed that the party has lost its strength.

''The party, which is desperate for its survival, is very worried now,'' he said about Congress.

However, he assured that there would be no threat from his party to the coalition government in the state.

"But there will be no danger from my side. I don't know how long this (Karnataka) government will last. It is in the hands of the Congress and not Kumaraswamy (his son)," the former PM said.

The JDS founder maintained that his side has so far accepted all "arbitrary demands" of the Congress.

Deve Gowda also made a stunning claim that he did not want his son HD Kumaraswamy to be the chief minister of Karnataka.

The veteran Karnataka leader claimed that the coalition in Karnataka was formed due to pressure by Congress.

"I was the glue for the coalition in Karnataka. Sonia and Rahul Gandhi sent Ghulam Nabi Azad and Ashok Gehlot to Bangalore. While having a discussion, I told them the pain of the coalition I had experienced before. I told them I don't need it (coalition)," he said.

The veteran politician later retracted and said that he was referring to the local body elections and not assembly elections.

''I'm here to build my party. As Kumaraswamy had mentioned, the govt will continue for the next 4 years. There is an understanding signed between JDS and Congress,'' he said.

It may be recalled that Chief Minister Kumaraswamy had recently broken down at an event organised to felicitate him.

"The Chief Minister's post is not a bed of roses, it's a bed of thorns," he had said while talking about the coalition.