In the latest development in Hindu Samaj Party leader Kamlesh Tiwari's murder, the Uttar Pradesh Police said that the accused came to Lucknow to carry out their plans via train and reached Charbagh railway station from where they proceeded to find Tiwari's residence. 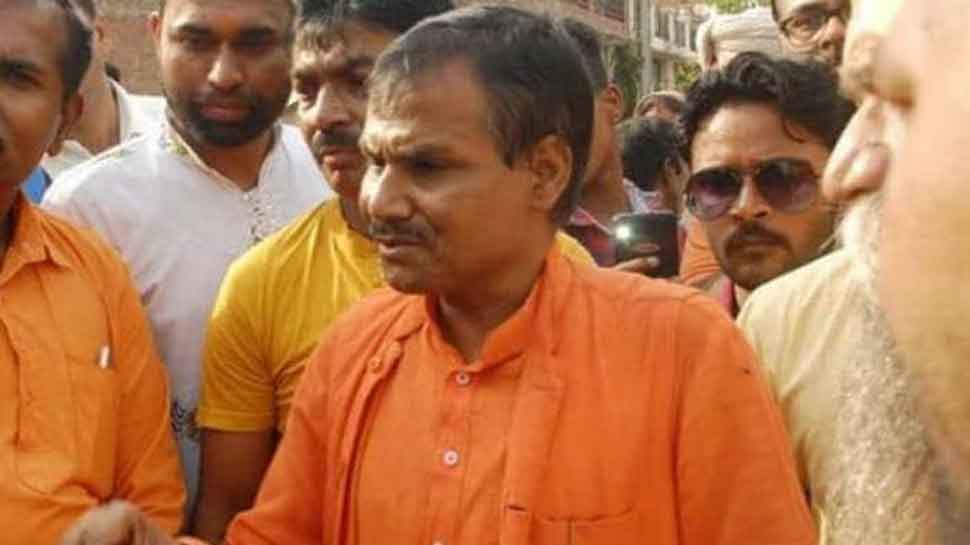 Lucknow: In the latest development in Hindu Samaj Party leader Kamlesh Tiwari's murder, the Uttar Pradesh Police said that the accused came to Lucknow to carry out their plans via train and reached Charbagh railway station from where they proceeded to find Tiwari's residence.

Various field units of Lucknow Police tasked with carrying out the investigation have also recovered several saffron-coloured clothes and a bag in a room of Hotel Khalsa Inn under the West Zone of Lucknow. Senior officials also investigated the hotel site for unearthing further evidence.

Earlier on Sunday, the Maharashtra Anti-Terrorism Squad (ATS) said that they detained one more person from Nagpur in connection with the murder of Hindu Samaj Party leader. The development comes a day after three persons in Gujarat's Surat and two in Uttar Pradesh's Bijnor were detained in a joint operation by Uttar Pradesh Police and Gujarat ATS in Kamlesh Tiwari's murder case. The three accused - Maulana Mohsin Sheikh (24), Khurshid Ahmed Pathan (23) and Faizan (21)  have confessed to their involvement in the murder.

Here are the latest updates in the slain Hindu Samaj Party leader case:

# The Lucknow police detected the attackers' location in Ghaziabad from Hardoi via Moradabad.

# The killers gathered information about Kamlesh Tiwari's whereabouts with the help of Google Maps.

# A day before the murder, Kamlesh Tiwari received a call at around 12:30 pm.

# Over 10 police teams have been deployed to catch the attackers.

# Passengers of Delhi and Lucknow flights are also being interrogated from Gujarat airports.

According to the police, the accused hatched the plot to murder Tiwari almost two months ago as they were enraged over deceased's objectional remarks on Prophet Mohammed which he had made during a speech a few years back.

In the meantime, Uttar Pradesh Chief Minister Yogi Adityanath will meet the slain Hindu leader's family members on Sunday. CM Yogi will meet them at his official residence in Lucknow at around 11 am today. The Chief Minister could not meet the family on Saturday as he was in Maharashtra for the assembly election campaign and returned to the state in the evening. On Saturday, CM Yogi said that the killers of Kamlesh Tiwari will be brought to the book. "He was the President of the Hindu Samaj Party. The assailants came to his house in Lucknow yesterday, Saturday and had tea with him, and later killed him after sending all security guards out to buy something from the market," he had said.

Tiwari, a Hindu Samaj Party leader and former member of the Hindu Mahasabha, was killed in an attack at his office in the Naka Hindola area in Lucknow on Friday.