Since 1999, July 26 is celebrated as the Kargil Vijay Diwas in India, every year, to celebrate the victory of operation Vijay. 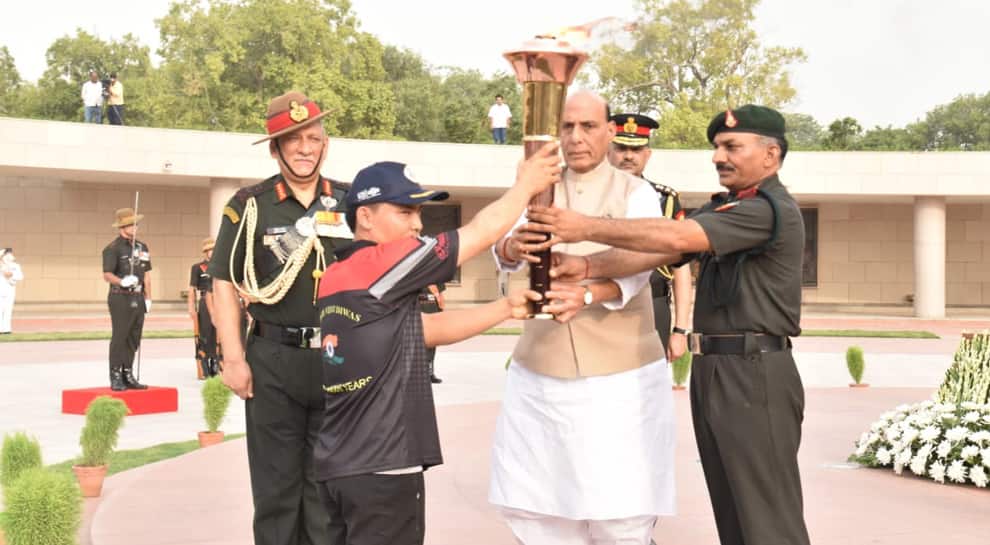 NEW DELHI: The 20th anniversary of the Kargil Vijay Diwas is being observed on Friday to commemorate the success of ''Operation Vijay'' which was launched by the Indian Army to recapture the strategic Indian territories held by the Pakistani intruders in the Kargil-Drass sector in 1999.

Since 1999, July 26 is celebrated as the Kargil Vijay Diwas every year to commemorate the victory of Operation Vijay. While the 60-day long war resulted in the loss of several lives on both the sides, India eventually won the unofficial war by regaining control of all the previously held territory, re-establishing the status quo ante-bellum.

After the signing of peaceful Lahore Declaration in February 1999, promising to provide a peaceful and bilateral solution to the Kashmir Conflict, some elements of the Pakistani Armed Forces infiltrated into the Indian side of the line of control (LOC). The infiltration, named as ‘Operation Badr’, aimed at severing the link between Kashmir and Ladakh and cause Indian forces to withdraw from the Siachen Glacier.

However, the Government of India responded with Operation Vijay, with the war coming to an official end on July 26, 1999, thus marking it as Kargil Vijay Diwas. A total of 527 Indian soldiers bravely lost their lives during the war.

Numerous events have been planned to commemorate the 20th anniversary of Kargil Vijay Diwas across the country on Friday.

According to official sources, the President, supreme commander of the armed forces, will arrive in Drass town to attend the 20th anniversary of the Kargil victory.

A 'Victory Flame' lit by Defence Minister Rajnath Singh on July 14 at the National War Memorial in Delhi will be received by the Army Chief in Drass on Friday.

It will be merged with the eternal flame at the Kargil War Memorial.

Along with Defence Minister, the three Service Vice Chiefs will pay homage to Kargil martyrs at National War Memorial in the national capital on the occasion of Kargil Vijay Diwas.

The central theme of this year's celebrations is 'Remember, Rejoice and Renew'.

The day - July 26 - reminds the nation of extreme valour, sacrifice and exemplary courage of Indian soldiers against an adversary which had the advantage of being pitched at an elevated position on the mountain peaks.

Kargil Vijay Diwas: What happened 20 years ago in the 1999 Indo-Pakistan war