Killing of Baghdadi will not be the end of Islamic State: India at 'No Money For Terror' conference 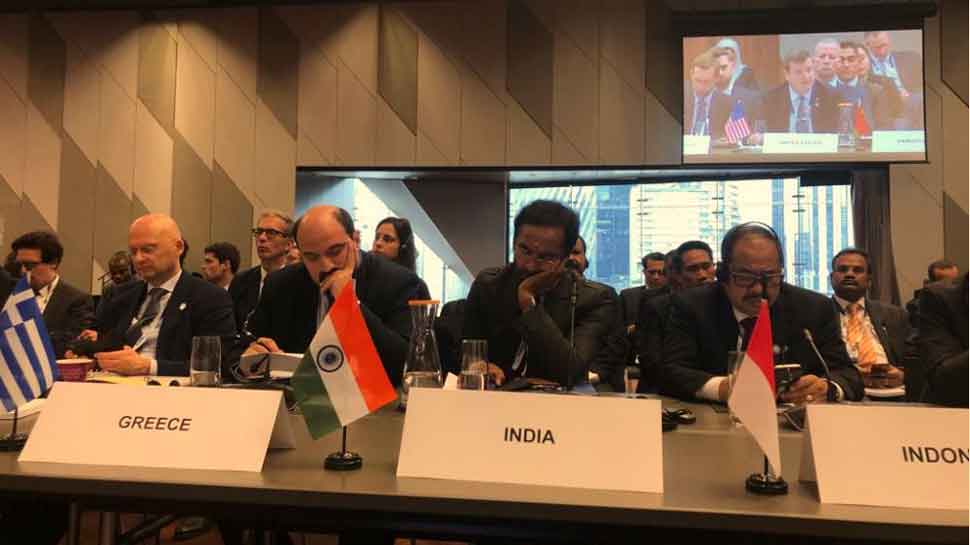 In the conference, the Minister of State for Home, while asserting that despite the killing of UN-designated terrorist Osama Bin Laden in 2011, several active affiliates of  terror outfit al Qaeda still exist in many parts of the world, cautioned that despite recent elimination of Islamic State chief Abu Bakr-al Baghdadi, there is no room to construe that the Caliphate would cease to survive.

Reddy, who is leading a high-powered five-member delegation, including Director General of the National Investigation Agency YC Modi, stressed India's concern over the tacit support some nations are extending to terror groups at the inaugural session of the conference.

Minister of State for Home called for a united global effort against all those who support terror or help generate finances for terror. He stated that India, being a victim of cross-border terrorism, advocates zero-tolerance towards terror.

Later, the minister proposed several points for inclusion in the resolution-- he said tha terrorism is the single biggest threat to peace, security and development and the nations must expedite the finalisation of a Comprehensive Convention on International Terrorism under the United Nations. He further called for FATF Standards to be effectively enforced and UN listings / FATF should not be politicised. Reddy added that discussion must be initiated on Countering Financing of Radicalisation (CFR), which would prevent radicalisation - an essential prerequisite of terrorism.

On November 8, the minister would lead a terror-focused bilateral meeting with his Australian counterpart in Melbourne.