Stay tuned to Zee News for latest updates on the recent violence that was held in northeast Delhi. 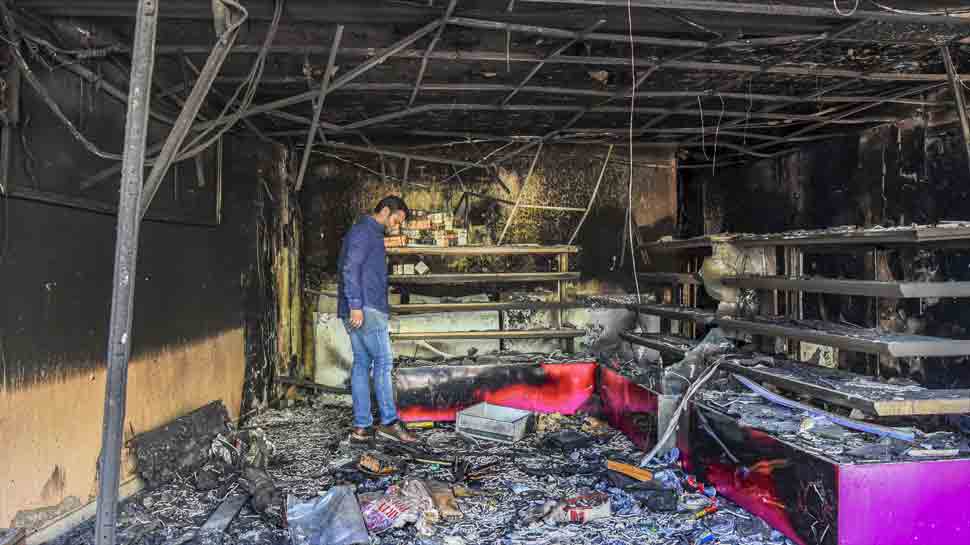 A week after deadly communal violence erupted in northeast Delhi, the situation in affected areas was peaceful but tense as four more bodies were fished out from drains in Gokalpuri and Shiv Vihar on Sunday. Meanwhile, heavy police deployment continued in the area.

No untoward incident has been reported from the northeast district over the past four days, an official said, adding that police are urging residents to not pay attention to rumours and report them to authorities.

Stay tuned to Zee News for latest updates on the recent violence that was held in northeast Delhi.

Delhi Lieutenant Governor Anil Baijal briefed PM Narendra Modi and Union Home Minister Amit Shah over the violence in Delhi. Baijal was summoned by the PM to brief him about the situation in Delhi after the riots and steps being taken by the Delhi government as well as Delhi Police to control the situation.

The death toll in northeast Delhi riots has risen to 47 (38 at GTB, 3 at Lok Nayak, 1 at Jag Parvesh Chander and 5 at RML Hospital).

CPI(M) politburo member Brinda Karat has written to acting city Police Commissioner S N Shrivastava demanding that the names of those arrested in connection with the violence in northeast Delhi be made public.

BSF constable MD Anees, whose house was torched by rioters during clashes in northeast Delhi, given a cheque of Rs 10 lakh by IG BSF. The BSF also announced to help him rebuilding his house. 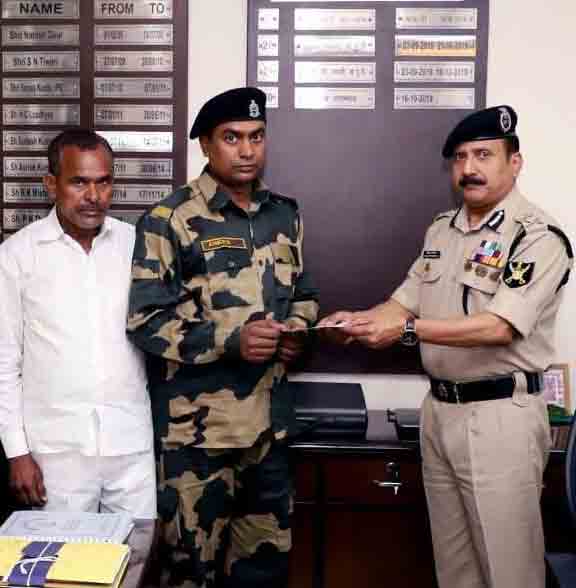 Central government doesn't care about people's safety. Had they acted on time, the violence in northeast Delhi would not have taken place. They are solely responsible for the riots: Congress leader Ghulam Nabi Azad

Congress' Ghulam Nabi Azad sought an immediate debate on the recent Delhi violence which was turned down by the Chairperson, who stated that any discussion on the matter will be held only after situation normalises in the region.

Delhi Police personnel offered flowers to students who had come for their CBSE Board examinations at Sarvodaya Bal Vidyalaya in Khajoori Khas area of North East Delhi. Violence had broke out in the area last week.

Delhi Police personnel offered flowers to students who had come for their CBSE Board examinations at Sarvodaya Bal Vidyalaya in Khajoori Khas area of North East Delhi. Violence had broke out in the area last week. pic.twitter.com/wiHD5zt6jB

Rajya Sabha adjourned till 2 pm amid ruckus over Delhi violence.

A Delhi court defers till 23 April the order on a complaint seeking registration of FIR against BJP leaders Anurag Thakur and Parvesh Verma.

Trinamool MPs will stage a dharna on Monday demanding answers from the government on the Delhi riots near the Gandhi statue in Parliament on the first day of the second half of the Budget Session.

KK Ragesh, CPI(M) MP has given suspension of business notice in Rajya Sabha under Rule 267, over the recent violence in northeast Delhi.

According to the police, at least 350 FIRs have so far been registered on northeast Delhi violence.

The police have appealed to the people in the riot-hit areas in northeast Delhi to maintain peace and not pay heed to the rumours on clashes and violence.

At least 30 companies of paramilitaty forces are currently deployed in northeast Delhi. The police is continuously conducting flag marches in the riot-affected areas to ease the situation.

Congress party has given Adjournment Motion Notice in Lok Sabha, over the issue of violence in Delhi.

On Sunday, the CBSE said any further delay in conducting board exams in violence-affected areas may hamper chances of students in admission to professional courses like medical and engineering, but added that it is ready to conduct fresh exams for students who will not be able to appear as per schedule.

Three bodies were fished out from two drains in Gokalpuri on Sunday while one body was pulled out out from a drain in Shiv Vihar. However, it is yet to be ascertained if they are linked to the riots and authorities have not updated the death toll figure.

In parts of northeast Delhi, people complaint of cash crunch as several bank branches and ATMs have remained closed in the aftermath of the riots.

Visuals: Security forces continue to be deployed in Delhi's Shaheen Bagh, and Section 144 is in place in the area.

Delhi: Latest visuals from Shaheen Bagh; Security forces continue to be deployed and Section 144 is in place in the area. pic.twitter.com/ECzDjiDQ3f

Opposition to corner Centre in Parliament today on Delhi violence.

Delhi Police detain several people on charges of spreading rumours of violence and riot in the national capital on Sunday evening.

AAP MP Sanjay Singh has given Suspension of Business Notice under Rule 267 in Rajya Sabha over northeast Delhi violence.

Central Board of Secondary Education (CBSE) board examinations of class 10th and 12th are set to be held as scheduled in riot-hit areas in northeast Delhi today.

Delhi Police conducted raids at several places in Amroha to nab suspended AAP councillor Tahir Hussain, who is accused of instigating violence in northeast Delhi and in the killing of Intelligence Bureau staffer Ankit Sharma.

The Delhi Police said it has registered 254 FIRs and arrested or detained 903 persons in connection with the violence so far. 41 of the cases were registered under the Arms Act.