This is all for the day. Thank you for staying with Zee News for latest updates on Citizenship Amendment Act protests. Do come back on Wednesday (December 25) for more updates. 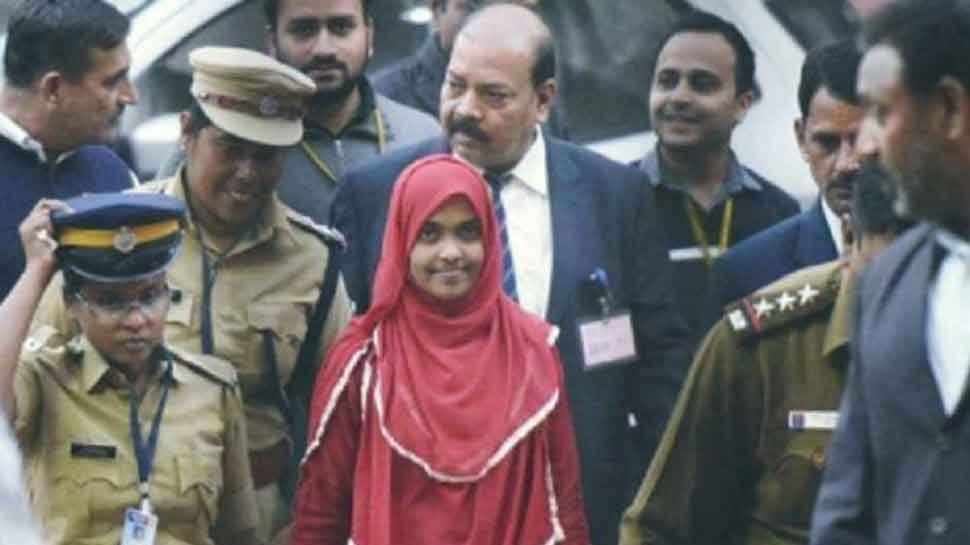 As demonstrators gathered to protest against the Citizenship Amendment Act, the Delhi Police on Tuesday imposed prohibitory orders under Section 144 of the IPC in Mandi House to maintain law and order situation. A large number of Jamia students gathered and took out a massive protest rally from Mandi House to Jantar Mantar in the national capital against the law.

In West Bengal, Chief Minister Mamata Banerjee took out a protest march against Citizenship Amendment Act and National Register of Citizens in Kolkata. Protests were also seen in Karnataka's Hubli and other parts of the country.

Meanwhile, Congress leaders Rahul Gandhi and Priyanka Gandhi Vadra, who were on their way to Meerut, to meet the kin of the victims who lost their lives in violent protests, were stopped by the police on the border and were forced to return to Delhi.

This is all for the day. Thank you for staying with Zee News for latest updates on Citizenship Amendment Act protests. Do come back on Wednesday (December 25) for more updates.

Curfew lifted in Assam's Dibrugarh, Tinsukia districts from today evening. Restriction imposed on shops and other establishments retailing liquor has also been relaxed.

I want to request the CMs of West Bengal and Kerala to not stop CAA. It will include the poor people who would then get benefits from the Central Govt. They should not take take away the benefits extended for the poor: Amit Shah

No one questioned the NPR done by the UPA regime in 2010. Why wasn't it questioned then? When we do the same thing, we are questioned. What kind of questioning is this? asks Amit Shah

I humbly appeal to Chief Ministers of West Bengal and Kerala again, that don't take such a step and please review you decisions, dont keep the poor out of development programs just for your politics: Amit Shah

NPR is merely a population register and has nothing to do with citizenship. NO NPR data will be used in NRC drive. Opposition are doing politics on NPR. They are creating an environment of fear among public: Amit Shah

On Asaduddin Owaisi's criticism of the Citizenship Amendment Act:

If we say that the sun rises from the east then Asaduddin Owaisi ji will say no it rises from the west. He always opposes our stand. Still, I again assure him that CAA has nothing to do with NRC.

On the basis of data available on National Population Register, new schemes are formulated: Amit Shah

There is no link between National Register of Citizens (NRC) and National Population Register (NPR), I am clearly stating this today: Union Minister Amit Shah tells ANI.

The role of Popular Front of India (PFI) is further being probed behind anti-Citizneship Amendment protest across the country. Different investigating agencies suspect that PFI has been active in eight states including Delhi, Uttar Pradesh, Bihar, West Bengal, Jharkhand, Kerala, Andhra Pradesh and Assam.

Rahul and Priyanka Gandhi were informed about Section 144 being enforced in the area. "The two leaders decided to return on their own," the cop said.

A case has been filed against 8,000 people including DMK president MK Stalin for holding a rally against Citizenship Amendment Act in Chennai on Monday without police permission.

Cabinet has approved the conducting of census of India 2021 and updating of National Population Register. It is self declaration, no document, bio-metric etc required for it: Prakash Javedkar

Speaking on the Jharkhand Assembly election result, Swamy said, "We have lost the election due to corruption. Wherever there is corruption in states, we will lose elections."

On the campaign of Zee News on the Citizenship Amendment Act (CAA), senior BJP leader Subramanian Swamy welcomed the step. He said, "This will give the people of the country an opportunity to express their views. The whole country is in support of the Act." Zee News has launched a public awareness campaign to make people aware of the new legislation and dispel the myths and rumours surrounding the new law.

Shrikant Sharma, state minister: People involved in CAA violence are being identified and strict action will be taken against them. Opposition parties tried to take political advantage of the situation in the state. Nobody will be spared.

Shrikant Sharma, state minister: People involved in the violence are being identified and strict action will be taken against them. Opposition parties tried to take political advantage of the situation in the state. Nobody will be spared. #CitizenshipAmendmentAct pic.twitter.com/frc97VJL81

Congress leaders Rahul and Priyanka Gandhi, who were stopped outside Meerut by police, are now returning to Delhi.

Rahul Gandhi and Priyanka Gandhi, who where today supposed to meet kin of victims killed in violence, have been stopped outside Meerut.

Heavy police force stationed on the route from Mandi House to Barakhamba.

Section 144 imposed in Delhi's Mandi House area in view of a protest against Citizenship Amendment Act. Three companies of police teams have been deployed in the area.

Congress General Secretary Priyanka Gandhi and party leader Rahul Gandhi will today meet the families of the victims in Meerut who lost their lives in violent protest against the Citizenship Act.

Bengal Governor speaks to ANI after he was shown black flags by protesting students outside Jadavpur University.

"Students are waiting for me for convocation. The state has chosen to put education in captivity. I have never seen such a situation. A handful of people are playing with fire, ruining education and ruining democracy. I will not tolerate this situation. I appeal to the CDM To take action on it.

How can a handful of people hold this situation? Do you see any semblance of democracy, rule of law here? There is no security. We are destroying the roots of education. I am constrained to take a call. I have instructed the VC that the convocation cannot take place without the Chancellor. This is engineered."

Police release CCTV footage of violence during protest over Citizenship Act in Aligarh.

Mamata Banerjee visits Vivekananda's House before kickstarting anti-Citizenship Act, NRC protests in Kolkata. After Kolkata and Howrah, CM Mamata will walk against NRC and CAA on December 25 from the Vivekananda House to Gandhi Bhawan, Beleghata.