Mamata Banerjee has been accused of not being able to address the concerns of protesting doctors who want - among others - better security for themselves after a junior doctor was allegedly assaulted by family members of a deceased. 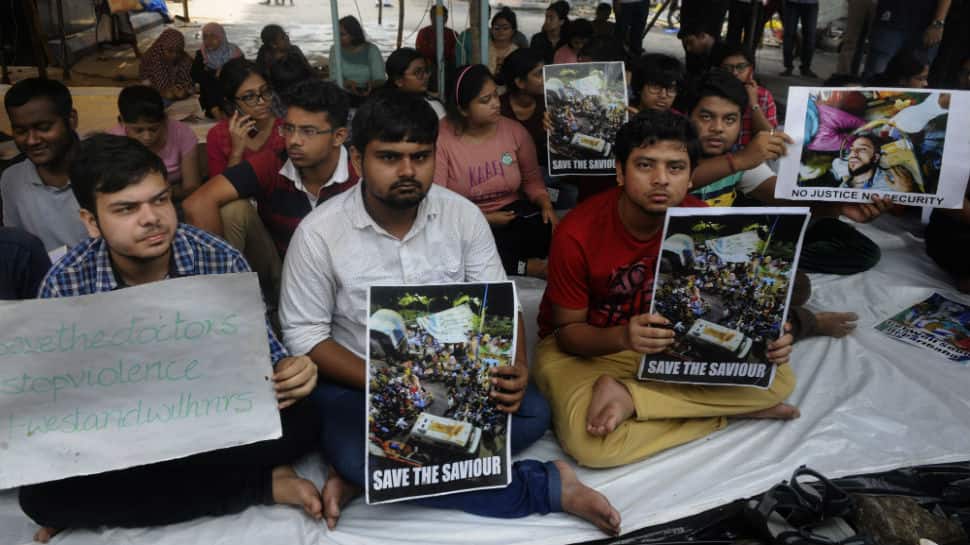 Kolkata: Chief Minister Mamata Banerjee may have claimed that the situation is normal and under her control but the scene at several government-run hospitals in Kolkata paints a contrasting picture. Hundreds of doctors in the city are demanding better security facilities after a fellow doctor was allegedly assaulted by family members of a deceased.

After being slammed for not even meeting protesting doctors, Mamata - on Thursday - arrived at the SSKM Hospital. This is one of the many state-run hospitals where doctors have been on strike. "Those who attacked doctors were outsiders. I have given instructions to police to take strongest action, they have also arrested people," she said here. "Doctors cannot go on strike. They have to serve the patients. This will not be entertained."

Kolkata's medical facilities have been dealt a severe blow as many doctors in government-run hospitals have been on strike after a junior doctor at the NRS Hospital was severely beaten, allegedly by family members of a deceased, on Monday night. The family members had blamed medical negligence for the death and in the ensuing assault, the junior doctor suffered serious head injuries. He is being treated at Institute of Neurosciences where, according to reports, CT scans have revealed a depression fracture on the skull.

The medical fraternity in Kolkata is outraged and their protest entered its third day on Thursday. A major part of the anger is directed against CM Mamata Banerjee who also heads the state health ministry. "We have already explained our demands. The CM should come here and hear from us about why we are protesting," several protesting doctors at NRS Hospital were quoted as saying by news agency ANI.

At a time when she is already facing the heat due to continuing clashes between TMC and BJP cadre, the protests from doctors may well be a massive double whammy for Mamata and the TMC government here.

The demands made by protesting doctors range from having permanent security arrangements at hospitals to action against police officials whom they accuse of negligence in the case of the assault on the junior doctor. Several rounds of talks have so far failed and while emergency services at government hospitals remain open, OPD units are largely shut. There is a general discontentment among protesting doctors - who have also received support from many doctors in private hospitals - against the state government. Many feel that Mamata should have been more proactive in dealing with the issue at hand and ought to have met with them in order to hear their grievances and demands.