Priti Choksi alleged that the entire episode of Choksi`s disappearance and reappearance exposes the lies of the Antiguan Prime Minister, Gaston Browne, who said that her husband went to Dominica with Barbara Jabarica, who later said that she never went to Dominica. 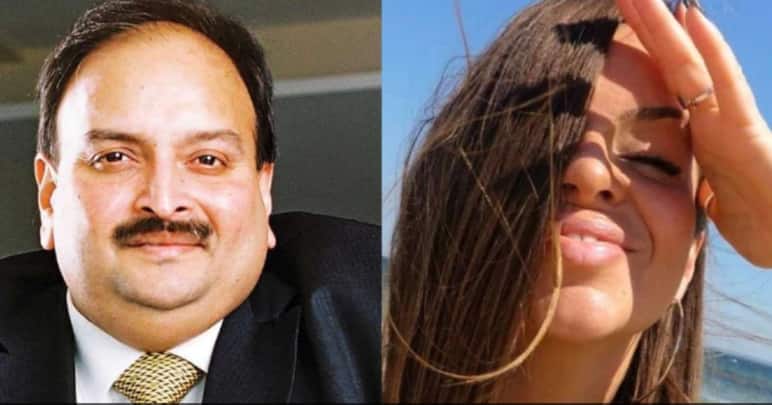 New Delhi: Priti Choksi, the wife of fugitive Indian businessman Mehul Choksi, has raised a series of questions to make her case and accused Barbara Jabarica, Mehul Choksi`s alleged girlfriend, of wrongdoing. She has also alleged that the entire episode since her husband went missing was a state-sponsored scheme that went wrong.

Talking to ANI, Priti Choksi asked, "How is it possible that the CCTV cameras near Jolly Harbor all simultaneously stopped working when my husband was abducted? If anything this is only further evidence of the state-sponsored kidnapping attempt against my husband."

She alleged that the entire episode of Choksi`s disappearance and reappearance exposes the lies of the Antiguan Prime Minister, Gaston Browne, who said that her husband went to Dominica with Barbara Jabarica, who later said that she never went to Dominica.

Priti also posed several questions in the defense of her husband and when asked if he was lying, she said, "Why would he willingly leave his passport in Antigua?" Raising further questions, she asked, "Why would he have hurt marks and injuries on his body? Why would he not carry any luggage, personal belongings, cash, etc.? Why would he leave his keys in the car while the car was at Jolly Harbor? Why would his family/ lawyers be unaware of his antecedents? Why would he not have made prior arrangements at a hotel to stay in Dominica? Why would the coast guard have found him stranded on an island?"

In an interview with ANI, Priti Choksi also questioned Barbara Jabarica`s claims about Mehul Choksi. Barbara Jabarica had made several sensational claims against Choksi, In her interviews with several Indian media outlets.

Priti Choksi smashed out on her claim that Mehul introduced himself as Raj is false, in light of the fact, that even a child today looks up the identity of his/her friends on the internet, and with technologies like "Reverse Google Search" and social media, this would have only been a matter of seconds, or are we living in the Stone Age?!

Moreover, the WhatsApp messages surfacing can easily be created by changing the content or through software`s like Photoshop, there is no evidence to support its authenticity, Priti Choksi said, asking "How is it possible that despite all the media attention and public furore surrounding this case, that this lady who has an Instagram account with thousands of followers was in the dark about all this, and did not come out to speak in defense of her `friend`?"

"It is common sense that if the version of events advanced by my husband is a lie, then why would he risk his entire reputation by first giving false information and then revealing the only link by which his story might fail? These bogus claims are only an attempt to present a wrong picture of my husband," Priti added.

She further added that as per her information, Barbara's last name is Jabarica and "I guess she is not telling her location to anyone, so how can her version be credible at all?"

In a recent complaint, Mehul Choksi had alleged that Barbara Jabarica did not attempt to help him while he was being beaten up and placed on small watercraft, adding that the manner in which Jabarica conducted herself clearly indicated that "she was an integral part of this whole plan to abduct".

In her media interviews, Jabarica said that she had met Mehul Choksi over breakfast on the day he was allegedly abducted, but left for the airport and was on the other side of the island that day.

Choksi, who went missing from Antigua on May 23 and was caught in Dominica, was charged with illegal entry into Dominica by police after he allegedly fled Antigua and Barbuda in a possible attempt to avoid extradition to India.

The 62-year-old fugitive is wanted in India in connection with the Rs 13,500 crore fraud in Punjab National Bank.

Meanwhile, the Dominica Ministry of National Security and Home Affairs had declared Mehul Choksi a "prohibited immigrant" on May 25. It directed necessary actions to be taken under prohibited immigration as well as not permitted to enter the Commonwealth of Dominica and the Chief of Police was instructed to take all the necessary actions to have him repatriated, said an official order of Rayburn Blackmoore, Minister for National Security and Home Affairs.