Many instances of waterlogging due to incessant showers have been reported in several parts of Mumbai including Mahim and Andheri East, which has disrupted life for many. 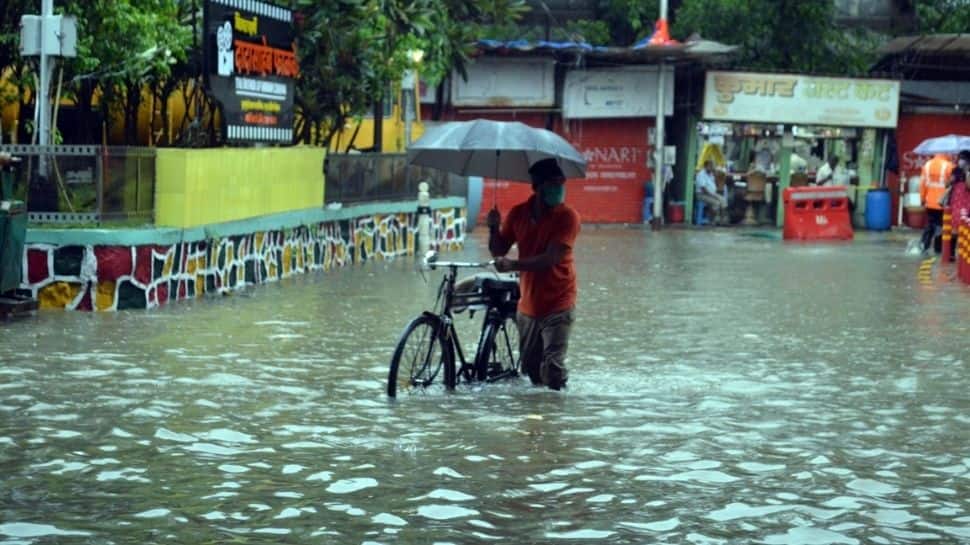 Many instances of waterlogging have been reported in several parts of the city including Mahim and Andheri East, which has disrupted life for many.

Maharashtra: Waterlogging in Mahim area of Mumbai as the city continues to receive rainfall pic.twitter.com/T4o3AohMYi

Maharashtra: Waterlogging reported in several areas of Mumbai as rain continues to lash the city; visuals from Andheri East pic.twitter.com/HGLiV3nhC8

Meanwhile, the weather department has also issued an orange alert for Pune, Satara and Kolhapur districts in western Maharashtra on Saturday and Sunday, and for Bhandara, Gondia and Gadchiroli districts in the Vidharbha region on Sunday.

Due to the incessant rains in Mumbai, in two separate incidents of building collapse, at least 13 people lost their lives since Wednesday night.

A house crashed at Dahisar in Mumbai on Thursday evening leading to the death of an individual. One person died after three houses in a chawl crashed, PTI reported. The incident occurred at Lokhandi Chawl in Shivaji Nagar area of Dahisar east around 6.35 pm, officials said.

On Wednesday night, eight children and three adults were killed and seven others injured after a three-storey residential building collapsed on another structure in Malwani area of Mumbai. Another body was found later during the rescue and search operation on Thursday. In the Malad building collapse, among the 12 killed, nine members belonged to the same family.