This is how Nalin Khandelwal of Sikar cracked NEET-UG 2019 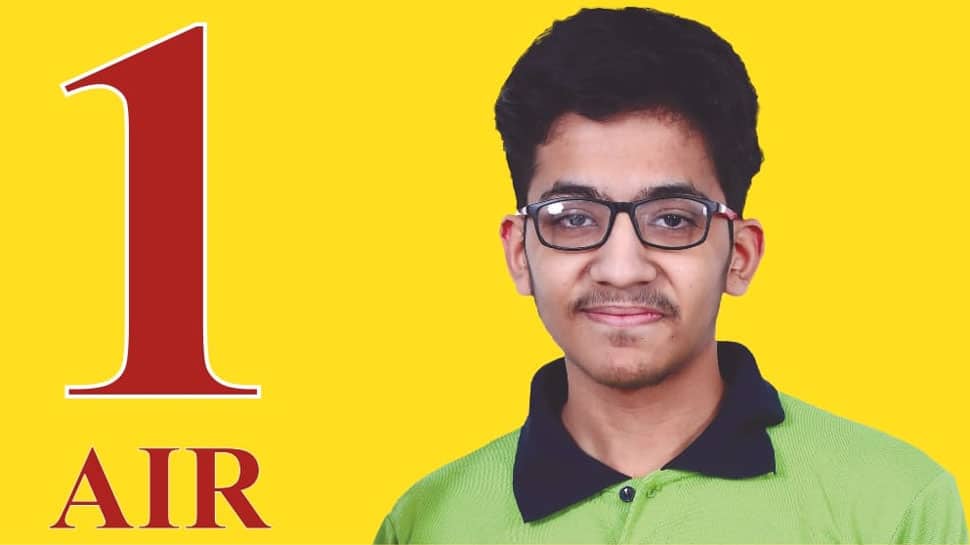 JAIPUR: A wave of happiness spread across the Khandelwal house in Rajasthan's Sikar minutes after NEET UG 2019 results were declared on Wednesday.

Nalin, the youngest member of the family, was not just following his family's footsteps to become a doctor -- he went a step ahead. He scored 701, the highest marks obtained in NEET exam this year, and grabbed the AIR 1 spot.

It took two years for Nalin Khandelwal to reach this stage – two years of hard work, slogging, no social media or smartphones.

“I studied for eight hours a day, going through the NCERT syllabus and coaching centre materials,” Nalin tells Zee News. “My parents motivated me to study, providing me with a positive environment.”

Nalin's father is a pediatrician and his mother a gynaecologist, both practising in Sikar. His elder brother is in MBBS final year at Jodhpur's SNMC Medical College.

But it was his move to shift to Jaipur two years ago that sealed his fate.

To prepare for NEET, Nalin left his home and moved in with his grandparents in Jaipur and joined a coaching centre in the city.

“Joining ALLEN for the preparation proved a great turning point in my life,” he says. “I self-studied for eight hours daily and made a strategy to crack NEET-UG and focused on NCERT syllabus. I would do multiple reading of a single topic and prepared notes for later.”

“Apart from NEET -UG, I also practised for JEE Main's previous year papers. Because many times JEE Main questions are repeated in NEET-UG. This helped me a lot,” he says.

During his exam preparations, Nalin set daily targets and made sure to achieve the targets before sleeping, sometimes stretching it till 2 am and waking up early.

Nalin's teacher Ashish Arora says, “We tried to create stress in a protected environment so that students don't break down when they see the question paper. You can't escape from stress in life or family or work after growing up. Once the fear of facing the exam is gone, the most crucial part of the job is done.”

For now, Nalin has his sights set on the All India Institute of Medical Sciences (AIIMS) Delhi results, which will be declared later. And if AIIMS does not work out for him, it will be Maulana Azad Medical College or Vardhman Mahavir Medical College.

A cricket lover, Nalin playfully rued missing the India-South Africa World Cup clash, thanks to the innumerable calls coming in to congratulate him.