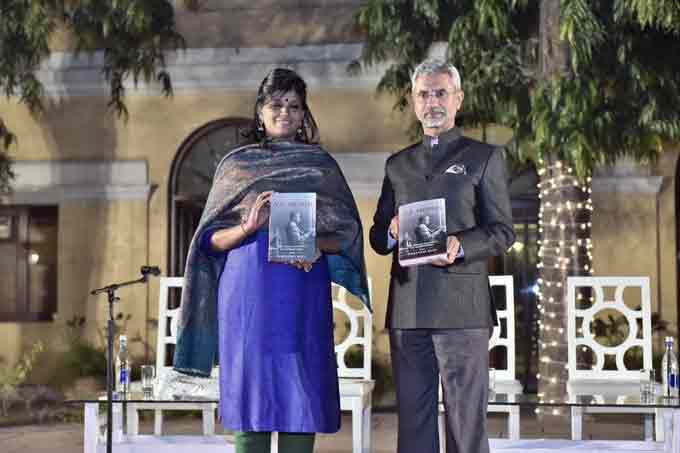 New Delhi: External Affairs Minister S Jaishankar has said that he got to know from VP Menon`s autobiography that first Prime Minister of India Pandit Jawahar Lal Nehru did not want Sardar Patel in his Cabinet in 1947. Jaishankar released a book on VP Menon, a senior civil servant who worked closely with Patel, by Narayani Basu.

In a series of tweets on Wednesday (February 12), Jaishakar said, "Released an absorbing biography of VP Menon by @narayani_basu. Sharp contrast between Patel`s Menon and Nehru`s Menon. Much awaited justice done to a truly historical figure."

In another tweet, the EAM said, "Learnt from the book that Nehru did not want Patel in the Cabinet in 1947 and omitted him from the initial Cabinet list. Clearly, a subject for much debate. Noted that the author stood her ground on this revelation."

"When Sardar died, a deliberate campaign was begun to efface his memory. I know this because I have seen it, and at times, I fell victim to it myself. So says VP Menon," tweeted EAM.

Notably, a twitter war erupted after Jaishankar endorsed the view that Nehru did not want Patel in his Cabinet.

Reacting to Jaishankar`s statement that Nehru did not want Patel in his Cabinet, historian Ramachandra Guha called it a "myth" which has comprehensively demolished by Professor Srinath Raghavan.

Guha went on to say that it is not the "job of the Foreign Minister to promote fake news, false rivalries which should be left to BJP`s IT Cell".

In a sarcastic tweet, Guha said, "Besides, promoting fake news about, and false rivalries between, the builders of modern India is not the job of the Foreign Minister. He should leave this to the BJP`s IT Cell."

Jaishankar then made a repartee, saying "Some Foreign Ministers do read books. May be a good habit for some Professors too. In that case, strongly recommend the one I released yesterday."

Backing up his argument with documents, Guha then posted a letter from Nehru to Patel dated August 1, 1947. In the letter, Nehru invites Patel to join the first Cabinet of free India, calling him the "strongest pillar" of that Cabinet.

"Can someone show this to Jaishankar, please," Guha asked on Twitter. Tagging Jaishankar`s `foreign ministers do read books` tweet, the historian added, "Sir, since you have a Ph D from JNU you must surely have read more books than me."

"Among them must have been the published correspondence of Nehru and Patel which documents how Nehru wanted Patel as the `strongest pillar` of his first Cabinet. Do consult those books again."

Joining the conversation, Congress Rajya Sabha MP Jairam Ramesh said: "Problem with this very accomplished and erudite Foreign Minister is that he wishes to forget the books he read before becoming Foreign Secretary in January 2015" and released a series of letter showing that Nehru called Patel "a pillar of the Cabinet".

Ramesh released a Nehru letter to Patel dated August 1 1947, where he writes, "you are the strongest pillar of the Cabinet."