Zee Media sources said on Saturday (April 4, 2020), that based on the statement provided by the nurses and the subsequent probe conducted by the authorities, obscenity charges against five out of six Tablighi Jamaat members have been found true. 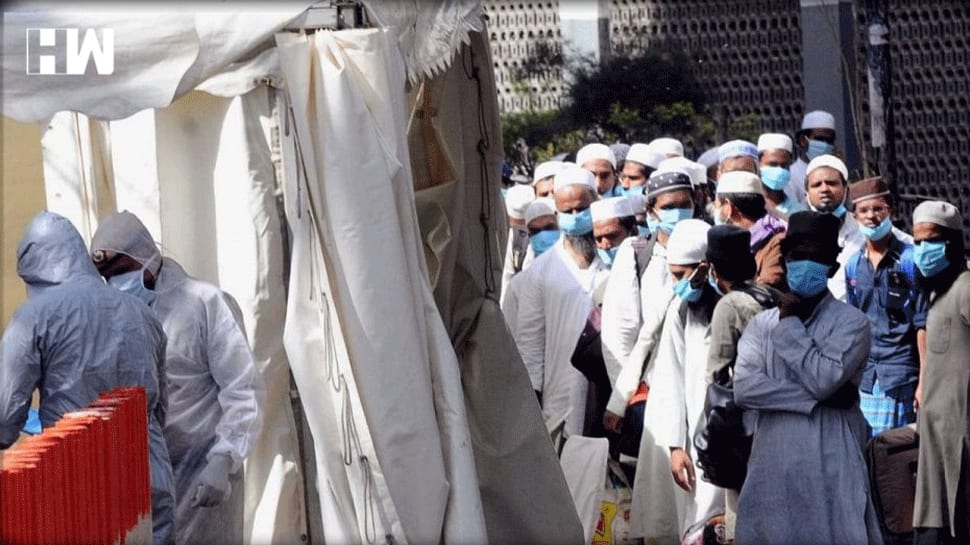 Ghaziabad: Charges of obscene behaviour slapped against some members of Tablighi Jamaat – a Muslim religious outfit – by nurses at Ghaziabad hospital have been found true in a joint investigation by the ADM city and Superintendent of Police. Zee Media sources said on Saturday (April 4, 2020), that based on the statement provided by the nurses and the subsequent probe conducted by the authorities, obscenity charges against five out of six Tablighi Jamaat members have been found true.

The probe report has been handed over to the District Magistrate for necessary action. It may be recalled that some members of Jamaat who are quarantined at the hospital had allegedly misbehaved with the nurses, made lewd remarks and roamed around naked in the hospital creating a ruckus.

The incident had led to the Uttar Pradesh government invoking the stringent National Security Act against them. The six Jamaat members at the district hospital were shifted to an isolation ward set up at a private educational institute after the complaints against them. They are among the thousands who attended a religious congregation at organisation’s New Delhi headquarter, which is now being seen as a coronavirus COVID-19 hotspot.

In a sharp reaction, Uttar Pradesh Chief Minister Yogi Adityanath called those involved in the incident as “enemies of humanity.” “They will neither accept the law nor follow arrangements. Whatever they did with women health workers is a heinous crime, he said on Friday. The NSA is being invoked against them. We will not let leave them,” he said.

The Ghaziabad Police earlier said that the Jamaat members were booked for indulging in ugly acts and passing lewd remarks against the women staff members at the hospital. A case was registered against them at the GT Road Kotwali on receiving a complaint from the chief medical officer.

Senior Superintendent of Police Kalanidhi Naithani had assured that stringent action will be taken against them.

In the complaint, a nurse alleged that the coronavirus suspects were roaming without trousers in the hospital. They sang vulgar songs and made ugly gestures, the nurse alleged, adding that they were not taking their medicines.

They were also not following social distancing norms, she said.

Based on her complaint, the police registered the case under Sections 269, 270, 271, 294 and 354 of the Indian Penal Code. The sections relate to sexual harassment and actions which spread disease. Over 150 members of the Jamaat have been quarantined at different hospitals in Ghaziabad.