Addressing a rally at Ramlila ground here, Modi said that there were some people, who are instigating the violence remotely. 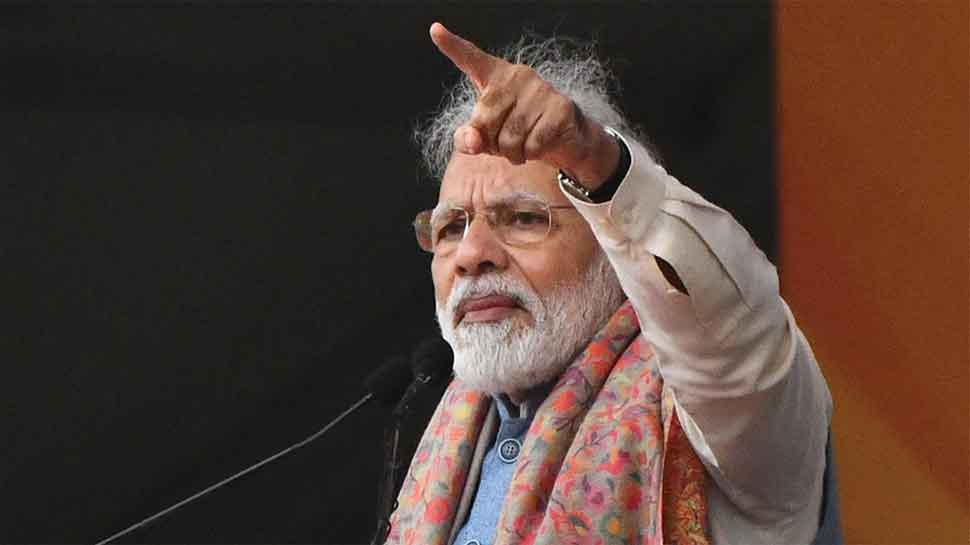 New Delhi: Prime Minister Narendra Modi on Sunday expressed concern over the assault on police personnel in anti-citizenship law protests and claimed that 33,000 cops have lost their lives on the line of duty since Independence.

Addressing a rally at Ramlila ground here, Modi said that there were some people, who are instigating the violence remotely. "As many as 33,000 police personnel sacrificed their lives for peace and security in the country since independence. Today, you are brutally thrashing them. When any problem arises, police don`t ask your religion or caste. They are there to help no matter what time or whether it is," Modi said.

Police personnel have been attacked during the violent anti-CAA agitation in several parts of the country in the last some days. Criticising protesters for resorting to violence and damaging public property, Modi said, "If you have any problem with Modi, then you are free to oppose Modi, Burn my effigies or hurl abuses at me. But please do not damage public property."

"Do not set a poor`s auto-rickshaw on fire," he said, in an apparent reference to damage of an autorickshaw during the RJD's Bihar bandh on Saturday.

RJD, however, quickly suspended three leaders responsible for the act from the party and promised to give a new auto to the victim.

In an apparent reference to the Congress, he said, "Politicians belonging to 100-year old political parties are not voicing for peace. They are mum on the violence being meted out to the policemen and other people. It clearly shows you agree with this."

"Prime Minister Modi said that the CAA does not take away anyone`s citizenship but grants it to the refugees who have been living in India in a very poor condition.