Prime Minister Narendra Modi visited the temple shortly before flying out of Bahrain for France to attend the G7 summit. 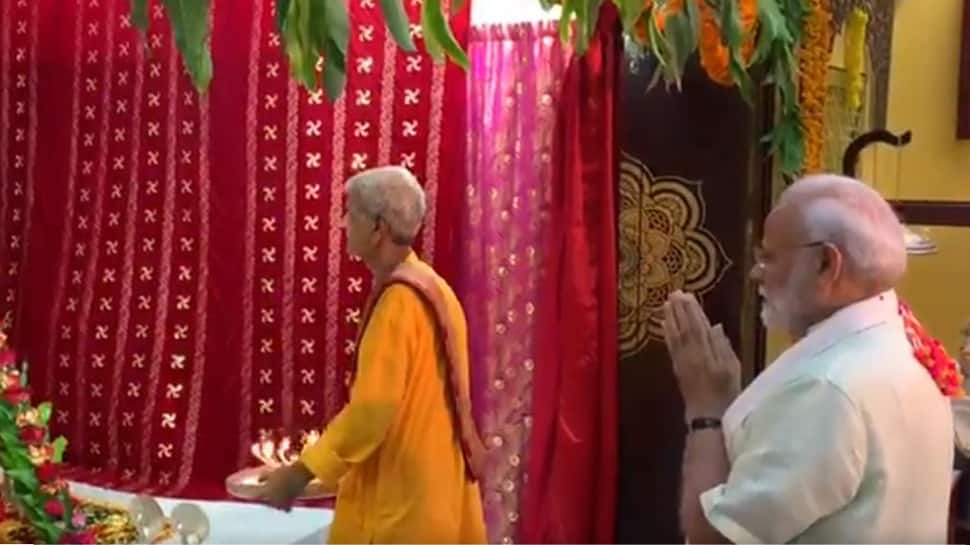 MANAMA: Prime Minister Narendra Modi on Sunday offered prayers at Gulf's oldest temple - the Shreenathji (Shri Krishna) Hindu Temple - in Bahrain. The prime minister visited the temple shortly before flying out of Bahrain for France to attend the G7 summit.

The temple in Bahrain was built by the Thattai Hindu community which had arrived from the Sindh, undivided India. The 200-year-old Shree Krishna temple built in 1817 is situated in Bahrain's capital Manama.

The temple is owned by the Thattai Hindu Mercantile Community from Thatta, Sindh and hence was called by the name Thattai Bhatia. Thattai Bhatia were one of the earliest expatriate communities to settle in Bahrain in the early 19th century and establish business interest in Bahrain. The community made Bahrain their home even before oil was discovered and presently are renowned businessmen in Bahrain owning companies.

On Saturday, PM Modi addressed the Indian community in Bahrain and said, "There is an old relationship between Gujrat and Bahrain. I'll be going to the temple and pray for the well being of all of you. I will launch the redevelopment of the temple. This Temple is a reflection of your faith and tribute to Bahrain's multiculturalism".

PM Modi was also conferred with King Hamad Order of the Renaissance by the King of Bahrain on Saturday. While accepting the award PM Modi said, "I feel very honoured and fortunate to be awarded The King Hamad Order of the Renaissance. I am equally honoured by your majesty's friendship for me and for my country. I humbly accept this prestigious honour on behalf of 1.3 billion Indians."

Bahrain is the second country of the Gulf to confer an award to PM Modi in a single day. On Saturday, UAE also conferred the Zayed Medal, the highest civilian award of the country to PM Modi. The King Hamad Order of the Renaissance or for Development was founded by King Hamad II on 17th April 2008. The award is to recognises services towards the development of the nation.