Prime Minister Narendra Modi will take part in a series of events in Gujarat's Kevadia this week to commemorate the birth anniversary of Sardar Vallabhbhai Patel as National Unity Day. 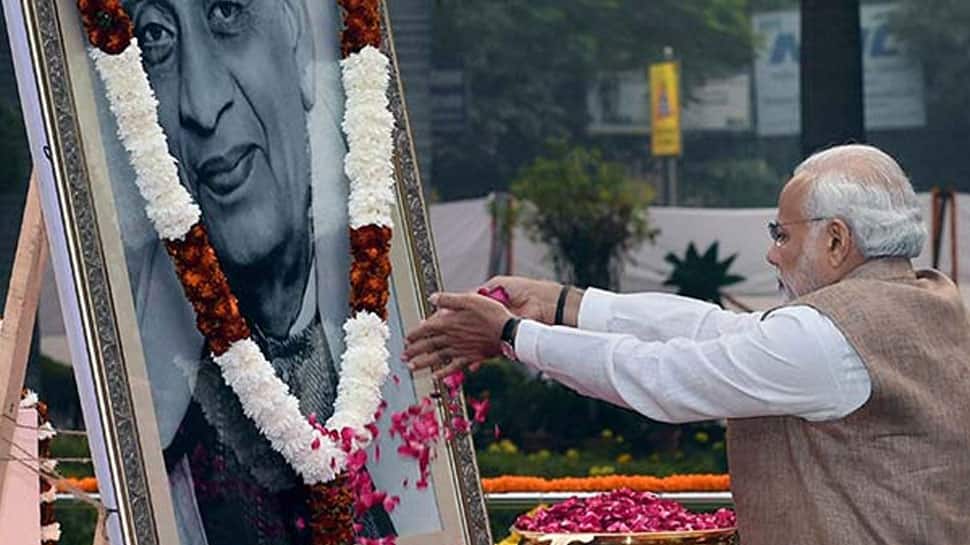 New Delhi: Prime Minister Narendra Modi will take part in a series of events in Gujarat's Kevadia this week to commemorate the birth anniversary of Sardar Vallabhbhai Patel as National Unity Day.

On the occasion, the PM will inaugurate various projects, including a seaplane service connecting the 'Statue of Unity' with the Sabarmati riverfront in Ahmedabad.

PM Modi will offer floral tributes at the 'Statue of Unity' in Kevadia, administer the 'Ekta Pledge' and witness the 'Ekta Diwas Parade' on the occasion of Patel's birth anniversary on October 31, the Prime Minister's Office said in a statement.

As a part of the integrated development of Kevadia, Prime Minister Modi will inaugurate various projects on October 30 and 31, it said.

These include the flag-off of the Ekta Cruise Service to the Statue of Unity, the inauguration of the Ekta Mall and Children Nutrition Park there, the statement said.

Through the Ekta Cruise Service one can experience the viewing of Statue of Unity through the ferry boat service from Shrestha Bharat Bhavan to the Statue of Unity by covering a distance of six kilometres, it said.

The 40-minute ride can be covered by a boat which can ferry 200 passengers at a time. The New Gora Bridge is built especially for the operation of the ferry service.
The Ekta Mall displays a diverse range of handicrafts and traditional items from all over India symbolising unity in diversity and is spread over 35,000 sq ft.

The mall consists of 20 emporia each representing a specific state in India and is built in just 110 days.

The Children Nutrition Park is the world's first-ever technology driven nutrition park for children and is spread over an area of 35,000 square feet. A Nutri Train runs across the park to various exciting theme-based stations, namely Phalshaka Griham', Payonagari', Annapoorna', Poshan Puran', and Swastha Bharatam', the statement said.

Prime Minister Modi will unveil the website of Statue of Unity in all the UN official languages and will launch the Kevadia App, at the Unity Glow Garden, the statement said.

The prime minister will also launch the seaplane service connecting Statue of Unity in Kevadia with Sabarmati Riverfront in Ahmedabad. The Prime Minister will address the probationers of Indian Civil Services at Lal Bahadur Shastri National Academy of Administration (LBSNAA), Mussoorie, through a video conference from Kevadia.

This is part of the integrated foundation course 'Aarambh' launched in 2019, the statement said. Aarambh is an initiative to bring all the probationers of All India Service, Group-A Central Service and Foreign Service together for a Common Foundation Course (CFC) with the vision to break the silos of departments and services from the very beginning of the career of a civil servant.

Aarambh aims at making the civil servants capable of leading the  transformation and work seamlessly across departments and fields.

This year, the second edition of Aarambh 2020 is taking place in LBSNAA from October 14 to 31, in which 428 Officers Trainees from eighteen Services and three Royal Bhutan Services are participating.

However, due to the prevailing pandemic situation, this year the Aarambh 2020 is a virtual one, with the chosen theme as ''Governance in India @100''.

UP teen kills father in fit of rage, watches crime shows on TV to destroy evidence