Alleging that the Bharatiya Janata Party has lost their mental balance after the announcement of the SP-BSP coalition, Misra said that they should be admitted to mental hospitals in Agra and Bareilly. 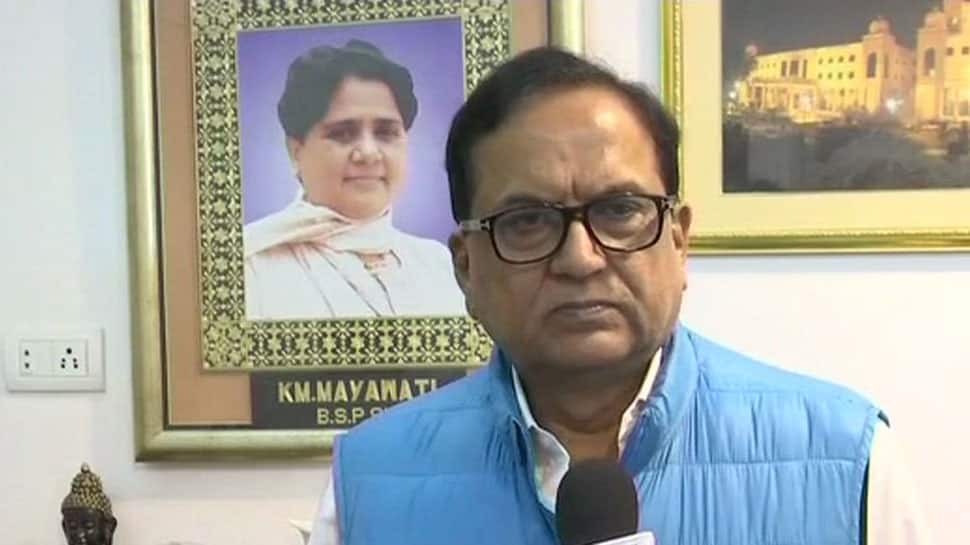 In a scathing attack on Uttar Pradesh BJP MLA Sadhana Singh for her remark on BSP supremo Mayawati, BSP leader and MP Satish Chandra Misra on Saturday lashed at Singh saying that her remark shows the "level of BJP".

Alleging that the Bharatiya Janata Party has lost their mental balance after the announcement of the SP-BSP coalition, Misra said that they should be admitted to mental hospitals in Agra and Bareilly.

"The words she used for our party chief shows the level of BJP. After the announcement of this coalition (SP-BSP), BJP leaders have lost their mental balance and they should be admitted to mental hospitals in Agra and Bareilly," said Misra.

UP Bharatiya Janata Party MLA Singh stoked a controversy allegedly by commenting that she doesn't think Bahujan Samaj Party chief Mayawati is either a woman or a man. According to news agency ANI, Singh added that the former UP chief minister sold her dignity in exchange of power.

Addressing a rally in Chandauli, ANI quoted Sadhana an MLA from Mughalsarai saying, "I don't think the former UP CM is a woman or a man. She doesn't understand the concept of dignity. Draupadi was a victim of sexual misconduct. She vowed to get revenge. That was a self-respecting woman. Look at this woman. Everything was looted from her, despite which she sold all her dignity to get power."

"I take this opportunity to condemn Mayawati who calls herself a woman. She is a shame on the entire womankind. BJP leaders saved her dignity and she sold it for the sake of her comfort and power. Women from the entire country condemn her," ANI reported quoting Singh.

Pankaj Singh, son of Union Minister Rajnath Singh, a BJP MLA from Noida was also present at the event.

BSP chief Mayawati is neither a man nor a woman: BJP MLA Sadhana Singh