Bijnor is one of the districts in Uttar Pradesh which was rocked by recent violence over the Citizneship Amendment Act. 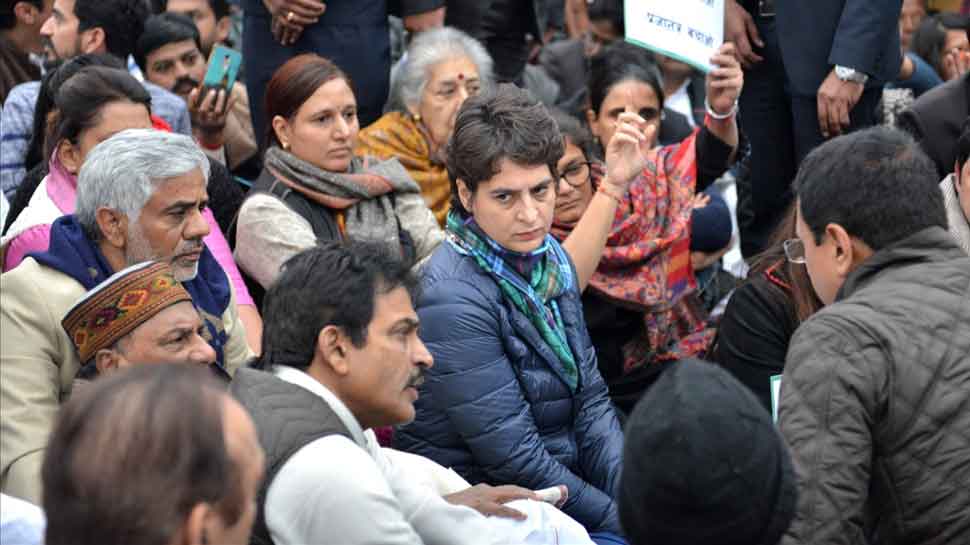 New Delhi: Congress General Secretary Priyanka Gandhi made an unscheduled visit to Bijnor in Uttar Pradesh on Sunday and met the grieved families of two people who lost their lives during violent protests over Citizenship Act. According to Congress sources, Priyanka visited Nahtaur area of Bijnor district to meet the families of the two persons. She expressed her condolences to the family and extended her support to them in this hour of grief.

Bijnor is one of the districts in Uttar Pradesh which was rocked by recent violence over the Citizneship Amendment Act.

Bijnor: Priyanka Gandhi Vadra, Congress General Secretary for UP (East) meets the family of Anas, who died during protests against #CitizenshipAmendmentAct in the city on 20th December. pic.twitter.com/HgpYvl01RH

On Saturday, Priyanka accused the government of using 'barbaric repression and violence' to suppress the voice of protestors demonstrating against the Citizenship Amendment Act, calling it a 'black day for democracy'. "National Register of Citizens (NRC) and the Citizenship Amendment Act (CAA) are against the fundamental spirit of the Indian Constitution and that assault on Baba Saheb Ambedkar`s Constitution will not be allowed at any cost," Priyanka said in a statement.

"People are fighting on the streets to save the Constitution, but the government is bent upon barbaric repression and violence to suppress the voice of protestors," she added.

The Congress general secretary expressed concern over the reports of police keeping in "illegal detention" several socio-political activists for two days in Lucknow.

As many as 879 people have been arrested while 5,000 were `bound down` as a preventive measure in Uttar Pradesh, said the state`s Director General of Police (DGP) OP Singh.

The Congress is scheduled to hold a demonstration against police atrocities on protesters and demand revocation the new citizenship law at Rajghat in Delhi on December 23.