The PSLV-C44 lifted off at 11.37 pm on Thursday from the First Launch Pad at Satish Dhawan Space Centre SHAR, Sriharikota in its 46th flight. 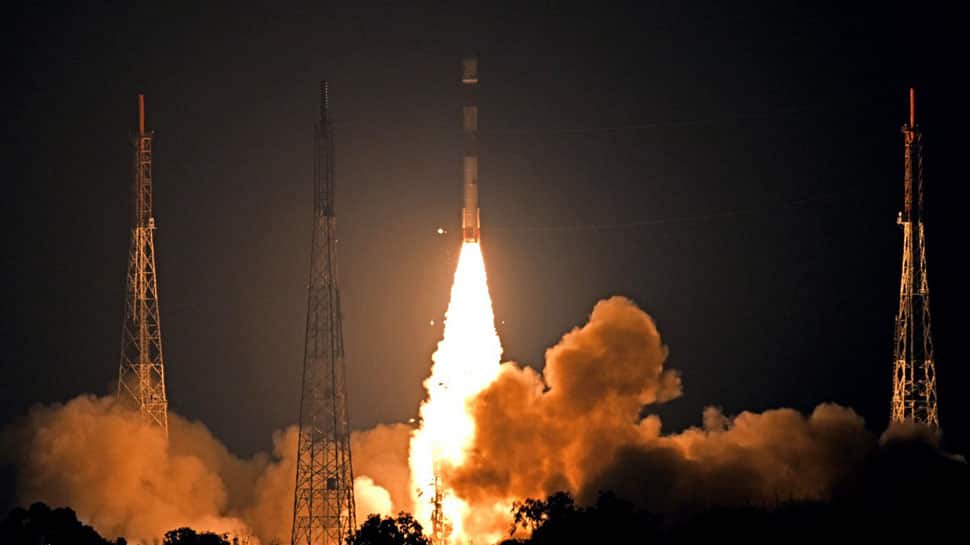 India's Polar Satellite Launch Vehicle (PSLV-C44) successfully injected Microsat-R and Kalamsat-V2 satellites into their designated orbits, according to a release on Friday. The PSLV-C44 lifted off at 11.37 pm on Thursday from the First Launch Pad at Satish Dhawan Space Centre SHAR, Sriharikota in its 46th flight.

In his post-launch address, ISRO Chairman K Sivan said the PSLV-C44 mission was unique as it was for the first time ISRO used the last stage of the rocket as a platform to perform experiments in space.

“I hope the student community will make use of this opportunity being provided by ISRO. This new low-cost technology will help students to conduct several inspiring experiments in space by attaching their instruments to the last stage of the rocket,” Sivan said. 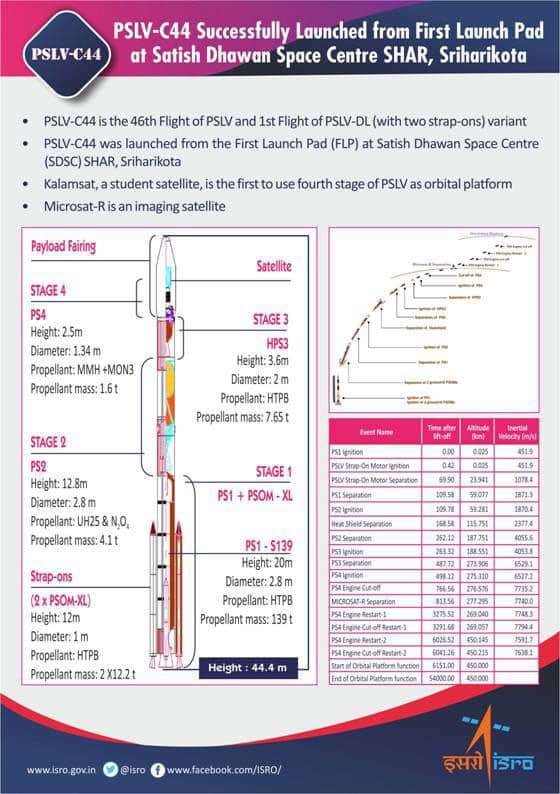 He congratulated Kalamsat-V2 team for their perfection in making satellites. “We must strive for science-oriented India. ISRO is open to all students across India. We want students to bring their satellites to us and we will launch them. Young scientists will shape the future of India,” Dr Sivan said.

About 13 minutes 26 seconds after lift-off, Microsat-R was successfully injected into the intended orbit of 274 km. After injection, two solar arrays of the satellite were deployed automatically and ISRO Telemetry Tracking & Command Network (ISTRAC) at Bengaluru assumed control of the satellite.

Subsequently, the fourth stage (PS4) of the vehicle was moved to a higher circular orbit of 453 km after two restarts of the stage, to establish an orbital platform for carrying out experiments. Kalamsat-V2, a student payload, first to use PS4 as an orbital platform, was taken to its designated orbit about 1 hour and 40 minutes after lift-off.

This flight marked the first mission of PSLV-DL, a new variant of PSLV with two strap-on motors.

In the previous PSLV launch on November 29, PSLV-C43 had successfully launched India’s HysIS as well as 30 customer satellites from abroad.