PSLV has been defined as the workhorse of the ISRO. 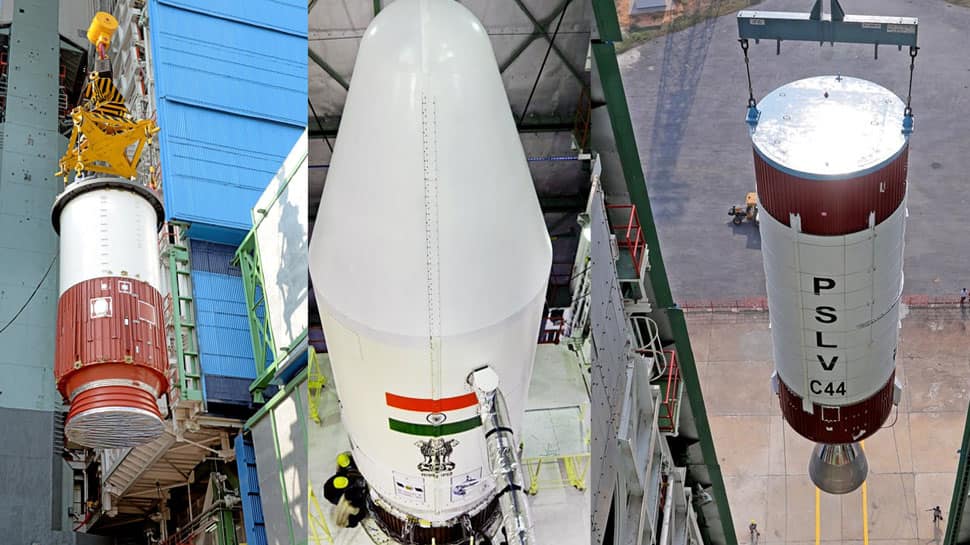 The countdown for the launch of PSLV-C44 started on Wednesday at 7.37 pm at Satish Dhawan Space Centre in Sriharikota. The launch is scheduled for Thursday at 11.37 pm.

PSLV has been defined as the workhorse of the ISRO.

#ISROMissions #PSLVC44 sits pretty on the launchpad at the Satish Dhawan Space Centre in Sriharikota under the watchful eyes of the #Moon, ahead of its midnight launch tomorrow (Jan 24), carrying #Kalamsat and #MicrosatR.

PSLV is a four-stage launch vehicle with alternating solid and liquid stages.

"The PSLV with 2 strap-on configuration has been identified for this mission and the configuration is designated as PSLV-DL. PSLV-C44 is the first mission of PSLV-DL and is a new variant of PSLV," ISRO had said.

It will be launched from First Launch Pad (FLP) at Satish Dhawan Space Centre (SHAR), Sriharikota.

"Kalamsat, a student payload will be the first to use PS4 as an orbital platform. PSLV-C44 will also carry Microsat-R, an imaging satellite," the agency said.

In PSLV-C44, the fourth stage (PS4) of the vehicle would be moved to a higher circular orbit so as to establish an orbital platform for carrying out experiments.

Kalamsat will be the first to use PS4 as an orbital platform, ISRO said.