Out of 117 Assembly Constituency, there are 33 seats are Reserved Status in the state of Punjab for Scheduled Castes. 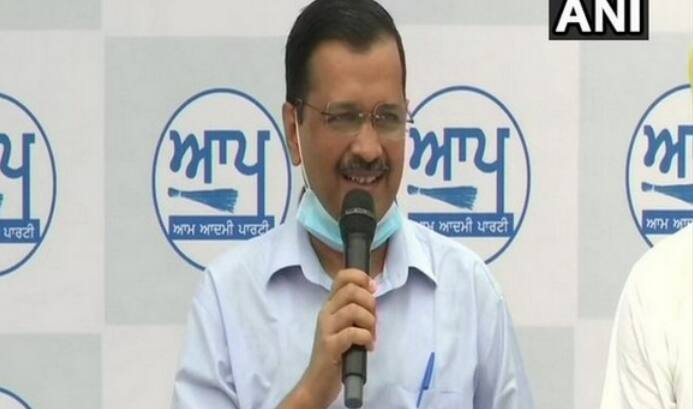 Chandigarh: Ahead of the 2022 assembly elections, the Aam Aadmi Party (AAP) in Punjab has launched a multi-pronged strategy to woo not just the Scheduled Caste (SC) or the minority voters but also the Jat and Hindu votes especially those disenchanted following parting ways by Shiromani Akali Dal –Badal (SAD-B) and Bharatiya Janta Party (BJP.

Out of 117 Assembly Constituency, there are 33 seats are Reserved Status in the state of Punjab for SC.

Winning twenty assembly seats was a black swan event in the history of AAP in Punjab in 2017 especially in absence of any Delhi-like ‘public movement’ . The same elections also witnessed the humiliating defeat of SAD(B) that even failed to secure the seat of Leader of Opposition in the Punjab assembly which is now being held by AAP.

AAP leaders had then claimed to win over 100 out of 117 seats in Punjab even as over two dozen of its candidates forfeited their security deposit.

Given the present political silence of BJP in Punjab, even the core voters of the saffron party have started thinking beyond BJP, which, going by the political pundits here, is an aberration that could cost the party dear in the ensuing 2022 assembly elections.

Unbeknown to the common voters, all the major four political parties including SAD(B), Indian National Congress, AAP and BJP have started wooing the SC vote bank with Congress taking the lead by appointing an SC Charanjit Singh Channi as the Chief Minister of state while other political parties have announced to appoint if voted to power, and SC as Deputy Chief Minister of Punjab.

The recent visit of AAP Supremo Arvind Kejriwal and senior AAP leader and Deputy Chief Minister of Delhi Manish Sisodia to Punjab is seen in the same context.  During his two days visit to Punjab Kejriwal visited Ludhiana. Notably, there are 14 assembly seats falls in the Ludhiana district and four are reserved for SC.

Upon landing at Amritsar’s airport Sisodia straightaway went to pay obeisance at Valmiki Tirath Sthal popularly known as Ram Teerath and later Sisodia rushed to Jalandhar where he paid obeisance at the Valmiki Mandir, Shakti Nagar.

It is pertinent to mention that Amritsar and Jalandhar have four reserve category assembly seats in each district.

Besides, SC vote bank, AAP leaders are also eying on the committed BJP, Jat , Hindu and as well as Christian votes and their  (AAP) leaders are constantly holding indoor meetings to moot the strategy to bring them in their fold.