The Delhi Police has named Punjabi actor and singer Deep Sidhu and gangster-turned-social activist Lakha Sidhana in an FIR in connection with the violence at the historic Red Fort. It has registered the case against them at the Kotwali police station of North district. The two have been booked under relevant sections of the IPC, the Prevention of Damage to Public Property Act and other legislations. 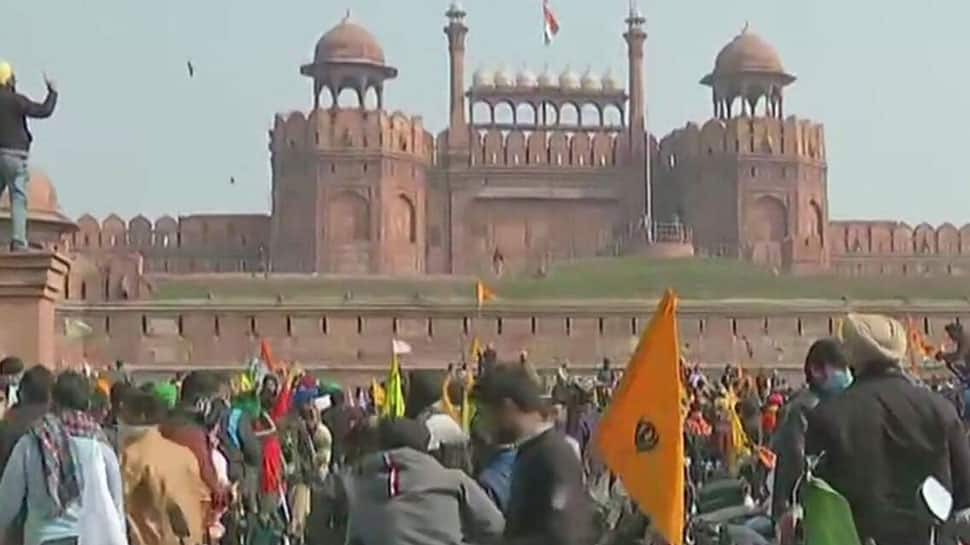 New Delhi: The Delhi Police has named Punjabi actor and singer Deep Sidhu and gangster-turned-social activist Lakha Sidhana in an FIR in connection with the violence and chaos at the historic Red Fort on Tuesday.

The Delhi Police said that it has registered the case against them at the Kotwali police station of North district under relevant sections of the Indian Penal Code (IPC), the Prevention of Damage to Public Property Act and other legislations.

Provisions of the Ancient Monuments and Archaeological Sites and Remains Act and the Arms Act have been added in the FIR, the police said.

Names of Punjabi actor Deep Sidhu and gangster Lakka Sadana have also been included in an FIR registered in connection with the violence at Red Fort in Delhi on Jan 26. Sidhu was involved in the incident: Delhi Police

Amid a massive outrage over protesters swarming the Red Fort and hoisting a religious flag during the farmers’ tractor rally on Republic Day, Deep Sidhu had reportedly admitted that he was present during the incident.

Reacting to allegations that he instigated the farmers to march towards the Red Fort, the actor sought to defend his action, saying he and his supports did not remove the national flag. Sidhu said that he had put up the 'Nishan Sahib' as a symbolic protest at the Red Fort. The 'Nishan Sahib' flag, a symbol of Sikh religion, is seen at all Gurdwara complexes.

In a video posted on Facebook on Tuesday evening, Sidhu claimed it was not a planned move and that they should not be given any communal colour or dubbed as fundamentalists or hardliners. “To symbolically register our protest against the new farm legislation, we put up 'Nishan Sahib' and a farmer flag and also raised the slogan of Kisan Mazdoor Ekta,” said Sidhu.

In a related development, actor and BJP MP Sunny Deol disassociated himself with the Punjabi actor who was among the protesters who entered the Red Fort during farmers' tractor parade in Delhi on the Republic Day (January 26).

In a tweet in Hindi, Sunny wrote, “I feel deeply saddened by the incident that occurred at the Red Fort today. I have clarified this before as well through Twitter that neither me nor my family has any relation with Deep Sidhu. Jai Hind.”

The Red Fort will remain closed for visitors from January 27 to January 31, according to an order issued by the Archaeological Survey of India (ASI).

While the order does not mention the reason behind the closure, it refers to earlier orders of January 6 and January 18 whereby the iconic monument was closed from January 19 to January 22 due to a bird flu alert.

Thousands of protesting farmers who reached ITO from the Ghazipur border clashed with police. Many of them driving tractors reached the Red Fort and entered the monument. They also hoisted flags on the domes and the flagstaff at the ramparts of the national monument at which national tricolour is unfurled by the prime minister on Independence Day.