The voting was held on January 28 which witnessed a voter turnout of 79.12 per cent across 278 polling booths. 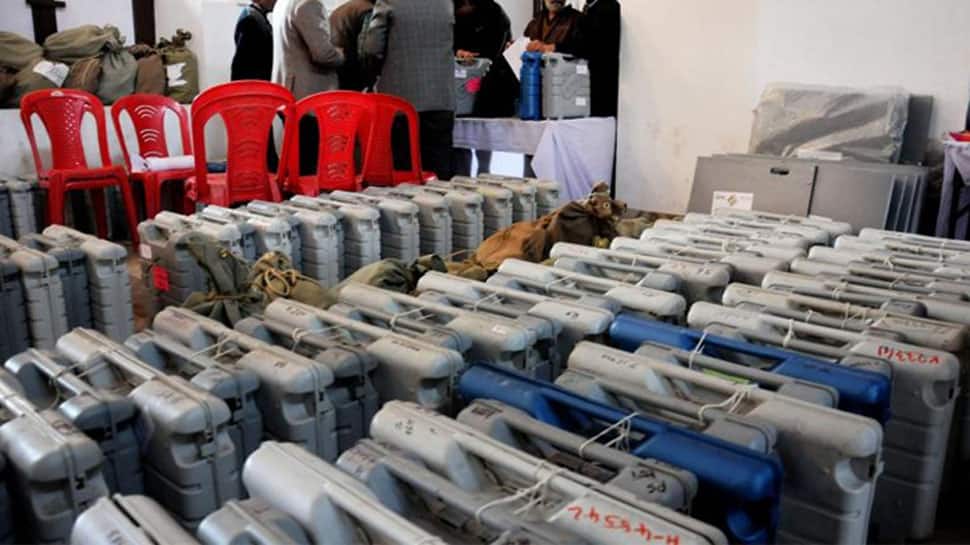 The voting was held on January 28 which witnessed a voter turnout of 79.12 per cent across 278 polling booths. The bypoll was necessitated following the death of BSP candidate Laxman Singh due to cardiac arrest ahead of December 7 Assembly polls in 2018.

There were 20 candidates in the fray but the main contest was between Congress’ Shafia Zubair Khan, BJP’s Sukhwant Singh and BSP’s Jagat Singh.

Read how the counting went for different parties:

- Ramgarh by-election result is now just a formality. The Congress lead is unlikely to be bridged by the rivals.

- Congress increases its lead after 12 rounds. The party is now leading by 15,791 votes against BJP.

-  After the fourth round of counting in Ramgarh, the Congress is leading with 13,387 votes, while the BJP is second with 12,696 votes.

- After three rounds of counting, Congress is still in the lead with over 9,700 votes, while BJP is second with 7,000 votes

- After three rounds of counting, Shafia Zubair of Congress is ahead by 3,000 votes.

- In the December 7 elections, Congress finished as the single largest party winning 99 out of 200 seats. The BJP won 73 seats, BSP 6, RLPT 3, CPI (M) and BPT 2 each and independents managed to win on 13 seats.

- Former union minister Natwar Singh's son Jagat Singh- a former MLA is BSP's candidate from this seat, while the ruling Congress has fielded Shafia Zubair as its candidate.