Bharatiya Janata Party (BJP) chief in Karnataka BS Yediyurappa is all set to take oath as the Karnataka chief minister at 6 pm on Friday, and its seems as though he is not ready to take any chances.

Bengaluru: Bharatiya Janata Party (BJP) chief in Karnataka BS Yediyurappa is all set to take oath as the Karnataka chief minister at 6 pm on Friday, and its seems as though he is not ready to take any chances.

The state BJP chief has altered his name's spelling from Yeddyurappa to Yediyurappa, knocking out the 'D', and replacing it with 'I'.

In a letter addressed to the Karnataka Governor Vajubhai Vala staking claim to form the government in the state and asking for his due permission, the state BJP chief signed his name as 'Yediyurappa'. 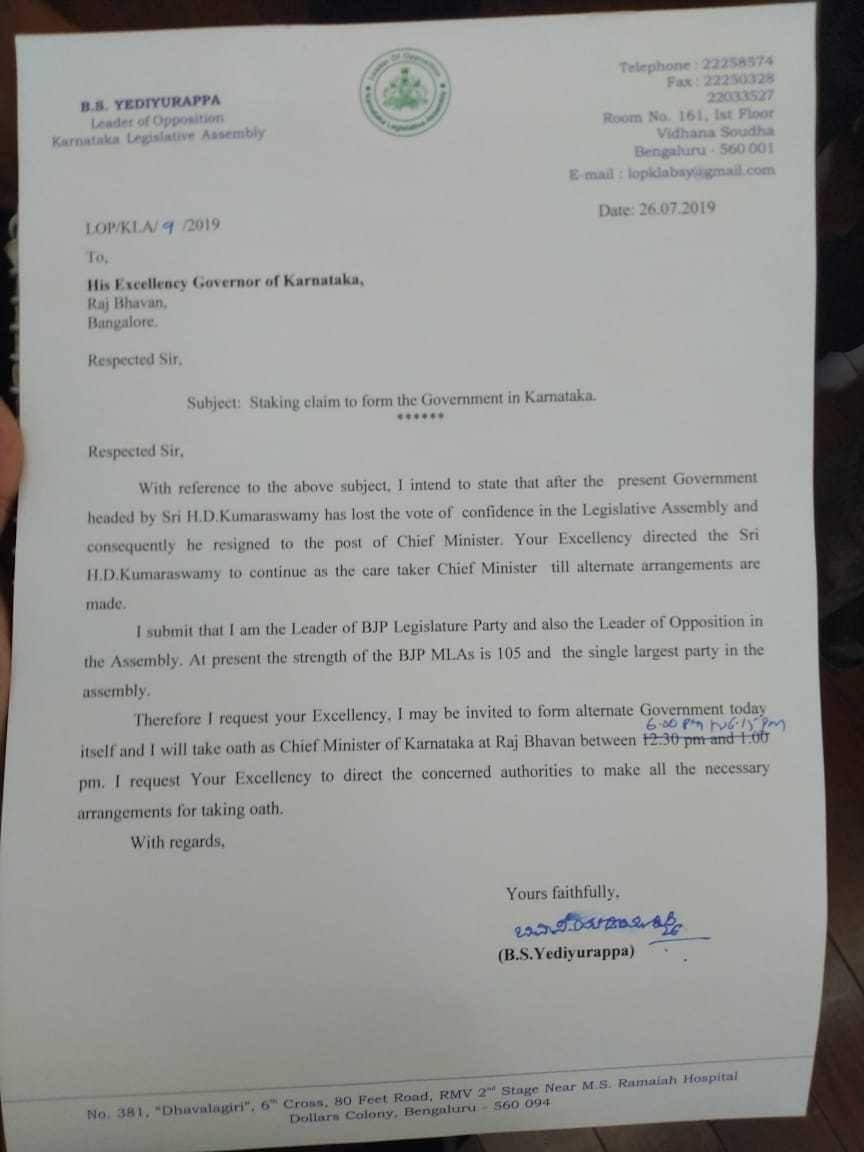 Interestingly, The MLA from Shikaripura was elected to the state Assembly in May 2018 with his previous spelling as his election affidavit stated BS Yeddyurappa. However, he will be administering oath as the chief minister with his new spelling.

Notably, the BJP leader used his latest spelling from winning his first municipal election in 1975 till he became the CM for the first time in 2007 in a coalition agreement with the JD(S).

However, after becoming the CM, he changed his name's spelling to Yeddyurappa reportedly on the advice of numerologists which did not turn out so well with for him. Just seven days later, the coalition failed.

Yediyurappa in 2008 was made chief minister in a sympathy wave again with his old spelling. However, he was unable to complete his term as his name rose in thousand-crore illegal mining scam and BJP demanded his resignation.

In 2018, Yediyurappa's chief ministerial stint lasted for barely 48 hours as he was unable to prove majority in the House to form a government.

According to Zee Media sources, Yediyurappa reverted to his old spelling to ensure that stars are in his favour as he prepared to take oath as the CM for the fourth time.

Yediyurappa on Friday met Governor Vala to stake claim to form the government and requested him to administer the oath of office and secrecy on the same day.