Sadhvi Pragya, an accused in the 2008 Malegaon blast case, is an MP from Bhopal. She successfully defeated senior Congress leader and former Madhya Pradesh chief minister Digvijaya Singh in the Lok Sabha election held earlier in 2019. 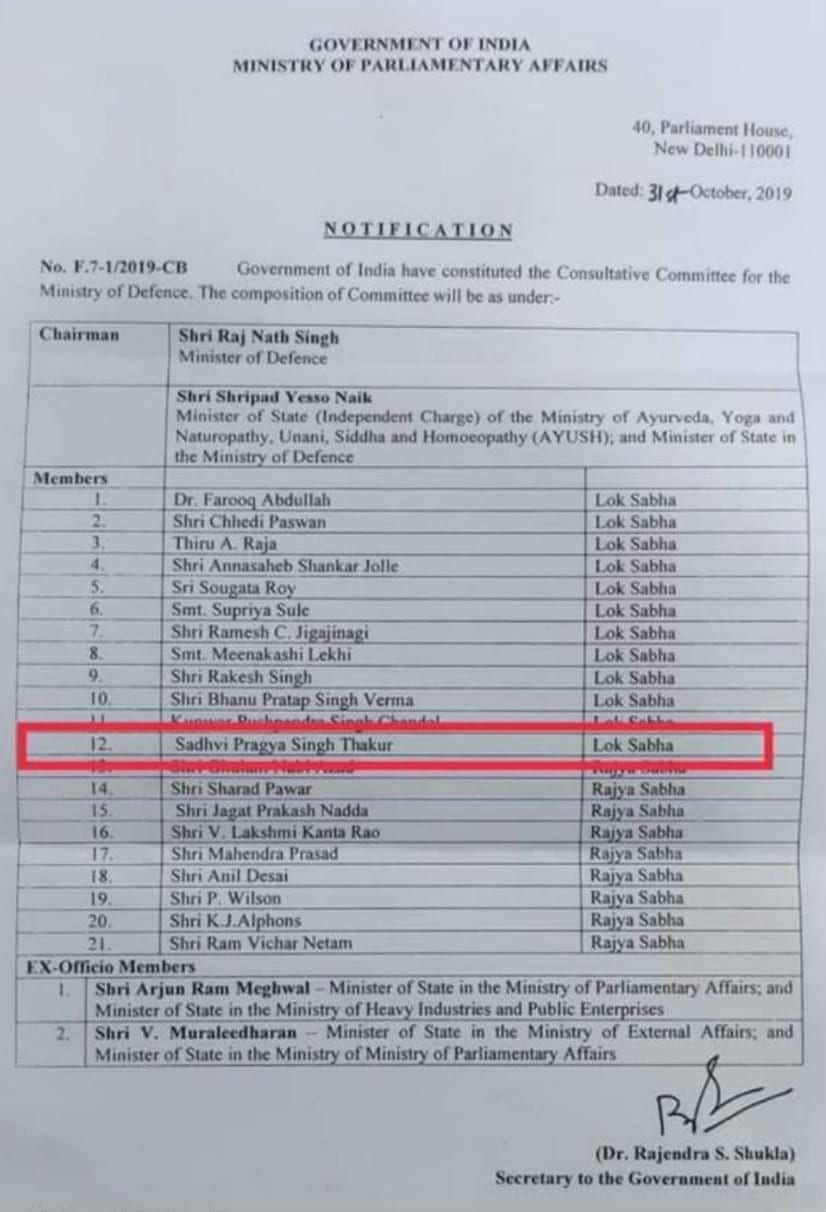 The Bhartiya Janata Party (BJP) was severely criticised after it gave Sadhvi Pragya, an accused in the 2008 Malegaon blast case, a ticket to fight the election. She has often drawn flak for her sensitive remarks.

While campaigning for the Lok Sabha election, Sadhvi Pragya courted controversy by saying that former Maharashtra Anti-Terrorist Squad (ATS) chief Hemant Karkare died in the 26/11 Mumbai terror attacks as she had cursed him for treating her "very badly" while she was in custody in the Malegaon blast case. Her remarks sparked outrage with many political leaders condemning her for maligning a Karkare's image. She had later withdrawn her statement.

She later landed in another major controversy for calling Mahatma Gandhi's assassin Nathuram Godse a ''patriot". Her comments were highly condemned by Prime Minister Narendra Modi and he said that he won't be able to forgive those who make such remarks. A showcause notice was also issued to Sadhvi Pragya by the BJP over the remark.

Some months after the Lok Sabha elections concluded, Sadhvi Pragya drew flak for saying she did not become an MP to get "toilets and drains cleaned" at a time when the NDA government has been actively pushing the Swachh Bharat Abhiyan and encouraging the nation to join the initiative.