Kanhaiya, who contested the 2019 Lok Sabha election from Begusarai seat as CPI candidate and lost it to BJP's Giriraj Singh, alleged that the chargesheet was filed deliberately against him at a time when he was about to contest election in Bihar. 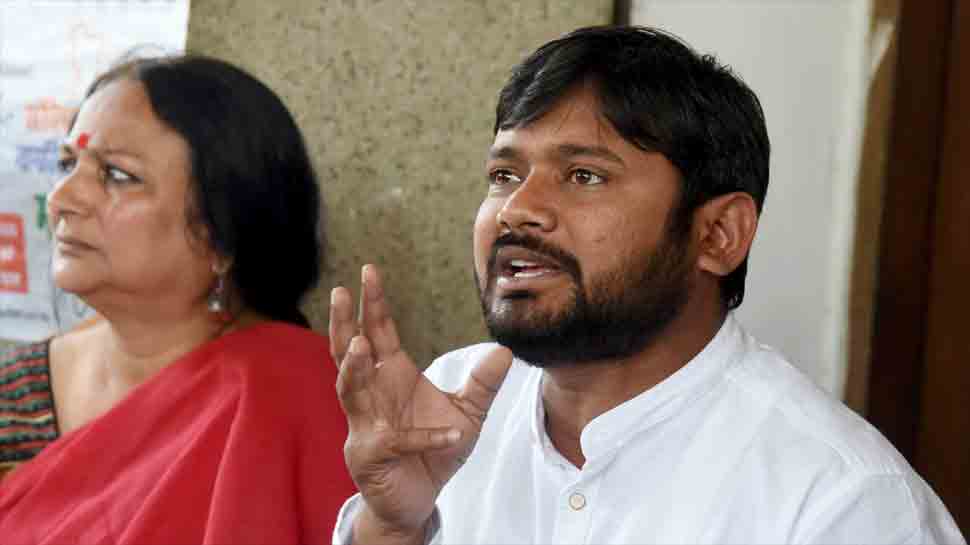 Ranchi: former JNUSU president Kanhaiya Kumar has questioned the timing of the permission granted by the Delhi government on Friday (February 29) to prosecute him in the JNU sedition case dating back to 2016. The Left leader demanded a speedy trial while responding to the development in the four-year-old sedition case, stating that "the entire country gets to know how a law like sedition is being misused."

Kanhaiya, who contested the 2019 Lok Sabha election from Begusarai seat as CPI candidate and lost it to BJP's Giriraj Singh, alleged that the chargesheet was filed deliberately against him at a time when he was about to contest election in Bihar. "The chargesheet was filed for the first time when I was about to contest the election and now elections are going to be held in Bihar again. There is National Democratic Alliance (NDA) government in Bihar and the state government has passed a resolution in the Assembly against National Register of Citizens (NRC) and National Population Register (NPR)," ANI quoted Kanhaiya as saying at a press conference in Ranchi on Friday.

"It is clear that this matter was created and delayed for political benefit. I want a speedy trial in a fast-track court so that the entire country gets to know how a law like sedition is being misused," he said.

Kumar's statement comes after the Delhi government on Friday gave the go-ahead to the city police to prosecute him and two others involved in the case.

Earlier on Wednesday, the Delhi Police wrote a letter to Delhi Home Secretary requesting him to expeditiously give clearance to prosecute Kumar in the case. In the letter, Deputy Commissioner of Police, Special Cell, Pramod Kushwah said, "It is requested to expedite the process to accord prosecution sanction under Section 196 CrPC as required for the offence under Chapter VI of the IPC, that is, Section 124A IPC."

In the chargesheet filed in the court in January this year, the Delhi Police had said that Kanhaiya Kumar and others, including Umar Khalid and Anirban Bhattacharya, led a procession and raised anti-national slogans at an event in the university campus on February 9, 2016, to mark the death anniversary of Parliament attack convict Afzal Guru. It is to be noted that Zee News was the first TV news channel to have aired the controversial video clip showing several JNU students, including Khalid, Kumar and Bhattacharya, shouting anti-India and pro-Pakistan slogans at the varsity campus. Kumar, Khalid and Bhattacharya were arrested and later released on bail.

It said that there were video footages wherein Kanhaiya Kumar is seen leading the students who were raising anti-national slogans and that he had been identified by the witnesses in the videos. The controversial video showed a gathering of JNU students raising ‘anti-national’ slogans such as ‘Kitne Afzal maaroge, ghar ghar se Afzal niklenge’, ‘Pakistan Zindabad’, 'India Tere Tukde Tukde Honge', 'India Go Back' etc.

The video of the controversial February 9 event was shot by Zee News and was later sent for forensic examination to the CFSL. The video clip shot by Zee News, which came under attack from the alleged sympathisers of the 'Tukde Tukde' gang, was later found to be 100 percent authentic and not doctored.