South India subsidises the North, where is the reward for development: Karnataka Chief Minister Siddaramaiah

The Congress CM's opinion reflects the growing chorus of voices in the South that are questioning the disparity. The issue is heating up over proposals to use the 2011 census as the basis for Central planning, which puts all southern states at a disadvantage. 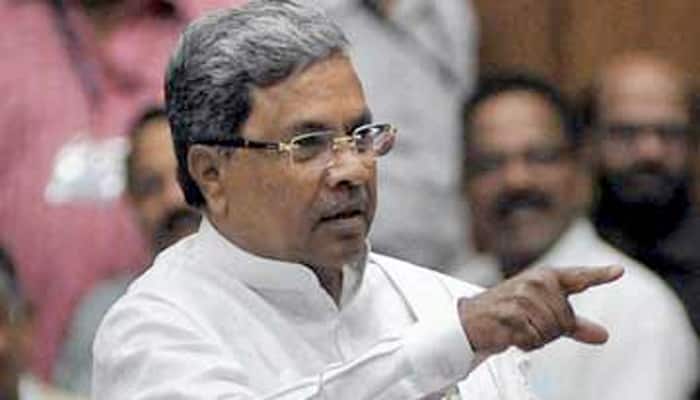 Siddarmaiah had recently hit out at UP CM Yogi Adityanath for attempting to lecture the southern states on development and healthcare. (File picture)
Share:
Written By:

NEW DELHI: The feeling that the more developed South India pays more taxes and gets little in return from the Centre is hardly new, and is gradually spreading in the south. Politicians both in and out of power have reflected this sentiment with increasing frequency over the past few years. But for the first time, a southern Chief Minister from a 'national' party has said it in as many words. Karnataka's Siddaramaiah has declared that the South is subsidising the North for its failure to rein in its population or ensure development.

"The states of the South have nearly reached replacement levels of population growth. Yet, population is a prominent criteria for devolution of central taxes. For how long can we keep incentivizing population growth?" read the opinion piece, published on The News Minute, a southern news-focused website.

"Relatively well-developed states like Karnataka, Kerala, Tamil Nadu, Andhra Pradesh and Maharashtra contribute more to central taxes than what they get in return from the center (sic)… Schemes are designed keeping the entire country in mind and we are forced to implement them and provide our share. We need a system where states receive larger portion of the taxes collected from our states and the share of centrally sponsored schemes must go down. The central schemes, if at all needed, need to be flexible so that we can tailor them to our needs," said Siddaramaiah in his column.

That such comments should come from a Congress Chief Minister is a sharp departure from the crowd that usually voices this dissatisfaction - the leaders of regional parties.

Just days ago, Andhra Pradesh Chief Minister N Chandrababu Naidu, whose TDP quit PM Narendra Modi's NDA over special financial status to the state, had reflected the same sentiment. This was not in an opinion piece for a media outlet, but speaking in the Andhra Pradesh Legislative Council on a motion of thanks to the Governor's address.

"The southern states contribute maximum tax revenues to the Centre, but the latter is diverting the money to the development of northern states," he stated.

Telangana Chief Minister K Chandrasekhar Rao too had spoken of the imbalance, saying the Centre had earned Rs 50,013 crore in taxes from Telangana in 2016-17. But, he said,  the state had received only Rs 24,561 crore from the Centre under all schemes.

Similar sentiments have been long expressed by multiple parties and leaders of Tamil Nadu who are under the Dravidian political umbrella. "The North grows while the South erodes," DMK founder and former Tamil Nadu Chief Minister CN Annadurai had said in Parliament in the 1960s. Federalism and increased autonomy for state governments has long been a policy touchstone for the DMK. AIADMK's late supremo J Jayalalithaa too has raised the issue multiple times.

That the sentiment against this imbalance is not going away from the political debate is perhaps indicated by the flag of a newly launched political party.

The newly founded MAKKAL NEEDHI MAIAM is your party. It's here to stay, and to make the change we all aspire for. Guide us to serve you. #maiam #makkalneedhimaiam
official website: https://t.co/cql8kgqGkk
fb: https://t.co/2Gz1xRg5vf
twitter: https://t.co/J9ywXrunOb pic.twitter.com/Xza62w4DcC

Also of concern has been the proposal at the Centre to use the 2011 Census as the basis for the planning of Central schemes and even delimitation, both of which would come at a considerable disadvatage to the southern states, which have managed to curb rampant population growth better than the northern states.