The water level of major rivers like the Brahmaputra, Dikhow, Dhansiri, Jia Bharali, Puthimari and Beki are above the danger mark. 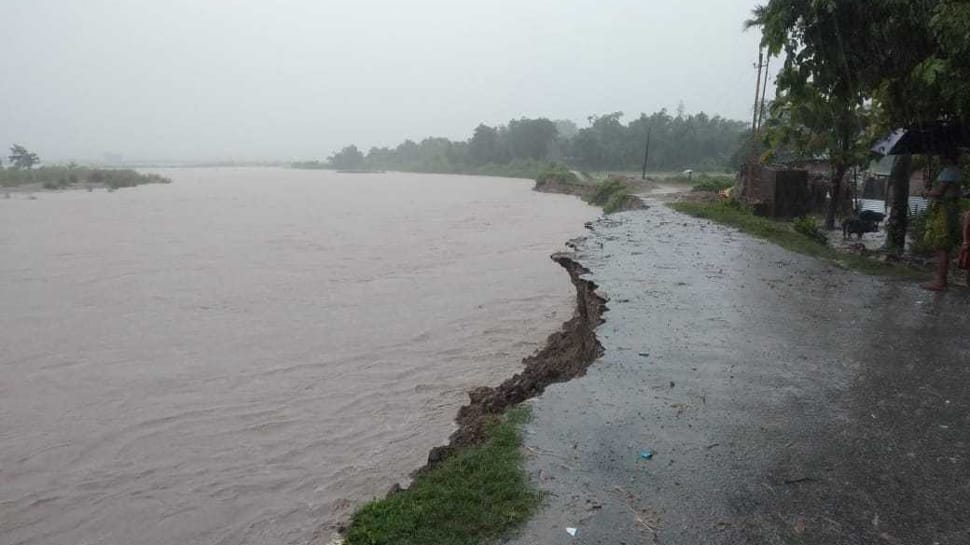 GUWAHATI: At least three persons have died in flood and landslides in Assam due to heavy rains over the last few days. Army has been called in for rescue and relief work as over three lakh people have been affected by the floods in the state.

The water level of major rivers like the Brahmaputra, Dikhow, Dhansiri, Jia Bharali, Puthimari and Beki are above the danger mark. The flood waters from the Brahmaputra have also entered some parts of the Kaziranga National Park, forcing the animals to migrate in search of higher ground. The situation is expected to worsen as the meteorological department has predicted more rain in Assam, Arunachal Pradesh, Manipur, Mizoram and Nagaland in the coming days.

Assam CM Sarbananda Sonowal reviewed the situation through a video conference with senior officials and took stock of rescue and relief operations. "At the high-level meeting, the CM directed concerned departments, district administrations and officials to take immediate steps for keeping adequate stocks of food, drinking water, medicine and other essential commodities ready for the affected people. Instructing the officials to step up operations to rescue flood-affected people, the CM directed to provide timely medical treatment to people at relief camps & flood hit areas to avert outbreak of Japanese Encephalitis and other health hazards," the CM office tweeted.

Meanwhile, in Meghalaya too, warnings have been issued for probable landslides and flash flood like situations. Several districts of Arunachal Pradesh have also been affected as landslides caused road transportation.